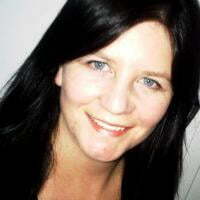 As of today, Google’s app promotion ads, first launched on the Display Network in June, are now available across the Google Search and YouTube networks.

It’s great news for app promoters, particularly those interested in the YouTube network, where users are 2.2x more likely to download apps. Promoting an app on YouTube is as simple as linking the app’s ID to an active TrueView campaign.

On YouTube, the app promotion ads are an enhancement to TrueView ads and send users directly to the appropriate app store to download. You can choose an ad format optimized for app promotion that displays the app name, icon, price and ratings next to the video ad and in the ad preview.

Though Google’s official announcement doesn’t mention it, the Help resource they link to says app promotion ads will only run on mobile, not desktop.

Google’s app promotion ads are designed to get apps in front of the right audience when the information a person is searching for lives inside an app.

Your ads won’t display to people who already have the app.

Google is encouraging advertisers to use app promotion ads in search for both new installs and to encourage reengagement.

Mobile app re-engagement campaigns are currently in beta  (you can sign up to try it here). These are the ads that will deeplink into specific pages in an already installed app when a user searches for information relevant to an app they already have installed.

Advertisers can use remarketing lists to target specific groups of people, based on how they interact with the app, including those who haven’t used the app recently, those using specific versions and those who took specific actions within the app. Considering that 80% of ads are only used once, this feature will be a welcome one among app advertisers.

Google is offering a training webinar on September 18 to go over campaign set-up and management. Sign up for Promoting Your App on Google Search here.

With the announcement came a number of new insights for search ads advertisers, including:

Who Can Use These App Promotion Ads?

Any company with an app should go over the different options Google has just introduced and see if there’s an opportunity to get in front of a new audience or boost engagement. As they pointed out in their announcement, Google Search processes over a billion queries a day and sometimes, the information people are looking for lives inside an app.

Specific use cases in the release included Retale, an app that helps people find deals in their city, who said their new app installs using Google Search app promotion ads have cost about $2 each. Another was MachineZone, a mobile game developer that used YouTube app promotion ads to find new users.

A rep from children’s story time app FarFaria, an early user of the Search app promotion ads, said, “Google’s mobile search campaigns allow us to connect instantly with users the moment they are searching for our app. Using the enhanced keyword tool to expand our campaign we were able to unlock 30% more downloads of our app than before on Google.com while maintaining an excellent CTR of 3%.”

Basically, if you have an app, you’re going to want to at least try out Google Search and YouTube app promotion ads. You simply can’t ignore an audience that massive.