Danny Sullivan, founding editor of Search Engine Land and Chief Content Officer of Third Door Media, recently celebrated a major career milestone – 20 years as a search journalist. If there’s anyone else on the planet as well-versed in the nuances of Google’s search algorithm and the various players in SEO software and agencies, I’ve yet to meet them! 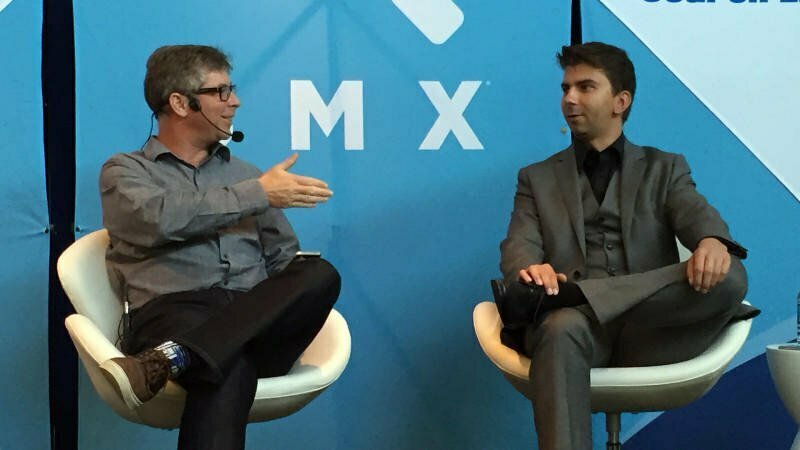 The WordStream team is super excited to attend SMX East again this year, and I had a chance to catch up with Danny ahead of the conference. He generously agreed to take some time to answer a few search questions for us.

WS: The industry has grown and evolved so much, but what one development in search really took you by surprise and why?

Danny: The growth of mobile is probably the biggest surprise. I certainly wouldn’t have thought I’d have easy, 24/7 access to the internet while on the move. Search is indeed an ‘always on’ experience now.

Danny: I think the bigger picture isn’t how ‘Critic Reviews’ will change, but how Google itself is changing. I’m sure people are tired of hearing about the death of 10 blue links, and yet, people will still fixate on those 10 blue links.

Critic reviews are yet more content that pushes those down. Smart people will get this and figure out how they can tap into the new and higher area. Other people can be rightfully concerned that they might not have the opportunity — and Google should be heeding such concerns.

A bigger issue is how Google is increasing the reasons and types of ‘Google Posts’ content it displays, content that leads back to Google’s own site. Are we going to increasingly see Google try to pull publishers into its own form of a walled garden? If so, that raises many alarm bells.

WS: RankBrain: What’s the most important thing you think marketers absolutely need to know about it?

Danny: That they can’t really do anything about it. I’m pretty sick of the ‘how to rank for RankBrain’ articles, at this point. Google’s own engineers tell me and others they don’t even really understand how it works. So, good luck wasting time thinking you’re going to deconstruct it.

RankBrain still seems primarily a query refinement tool, a way that Google tries to better understand what someone wants when they enter a complex query and link that back to results for less complex but related ones. They want to do that because the less complex queries happen more, so they see more of those searches and thus can have better confidence about the results they show, by looking at things like click rates.

That means, ultimately, the best way to ‘rank’ for RankBrain remains that same boring thing no one wants to hear despite it being true. Have really good, descriptive content.

WS: Is there one Google update or new feature you wish you could just roll back the clock on, preventing it from ever happening in the first place?

Danny: I don’t have any particular update I’d roll back. I just wish if Google’s going to have periodic updates, such as Penguin, they actually update them more often than Mars orbits the sun.

WS: How do you personally feel about the “right to be forgotten” and do you think it has business implications marketers should be aware of?

WS: I read that you believe predictive search and bots are two highly disruptive areas of search we should keep an eye on. Can you explain what a “robust meta-bot” would look like and how it could be a game changer in marketing?

Danny: I suppose a robust meta-bot would be something that you could really ask a question to and have it not only come back with an answer but take an action. Right now, Siri, Alexa and Google Now can answer lots of questions. They can also perform a fairly limited number of actions (like, say, book a ticket or order a product). But those generally involve separate actions rather than being linked. That linkage and ability to do a wide range of actions would be key, especially for marketers who understand how to ensure they’re among the actors that can be involved in the acting.

WS: What would you say to someone who suggests search is boring or unimportant?

Danny: It’s not. Every day, people are expressing overtly exactly what they want. Search marketers understand how to tap into this new and exciting medium that is unmatched by other advertising and marketing options. Yes, Super Bowl ads get the millions and the glitz. But in the end, they’re still only guessing at hoping to help make a sale. Search isn’t a guess. Search delivers.

WS: 20 years in the industry is an incredible milestone, especially in an age where people often change jobs and even careers many times throughout their life. What should we expect from Danny Sullivan over the next five to ten years?

Danny: I hope to keep educating and enlightening people to the degree I can about search topics.

WS: SMX is now taking place all over the world – should we expect any major changes like new shows in emerging international markets, or smaller regional shows?

Danny: No major changes. We like to stay focused on what we think works and provide the best that we can, rather than spread out too thin. I would say those who like SMX should also be looking at our MarTech conference, which covers a broader range of marketing and which is experiencing phenomenal growth.

WS: It sounds like the Landy Awards grew a great deal this year, with over 200 entries to judge! What should attendees expect out of the awards gala this year?

Danny: Last year’s event was a dream come true, that we finally had the bandwidth as a publication for Search Engine Land to offer quality, meaningful awards. We were thrilled with the reception. This year has blown us away with even more entries than we expected — a ones that are incredibly hard to pick winners from, because there are so many good ones.

For this year, we’ve got more categories plus we’re moving to a new venue — watch for the red carpet for search to be rolled out at the Edison Ballroom. It’s great to see everyone out celebrating a night about search, all dressed up — and yes, I’ll be back in my tux again!

This year, SMX promises the best content yet for their massive New York show, with over 50 new sessions. Join WordStream for SMX East and save $100 on your All-Access ticket and workshops by registering now with the code SMX16WS.