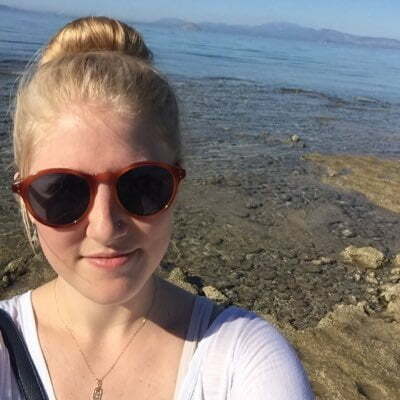 2. According to recode, 44% of teenagers asked to choose one social network if “trapped on a deserted island” chose Snapchat, ahead of Instagram (24 percent) and Facebook (14 percent).

4. 29% of internet users with college degrees use Twitter, compared to 20% with high school degrees or less.

5. 81% of millennials check Twitter at least once per day.

6. 91% of Social Media Users Are Accessing Social Channels Via Mobile Devices from CoSchedule.

1. Facebook continues to be the most widely used social media platform, with 79% of American internet users. Based on total population, (not just internet users) 68% of U.S. adults (you know, your customers) use it. What are you waiting for? Start advertising on Facebook already!

4. The average LinkedIn user spends 17 minutes on the site per month.

5. 51% of Instagram users access the platform daily, and 35% say they look at the platform several times per day.

7. Katy Perry has the most worldwide twitter followers, at 94.65 million.

8. Over 400 million snaps are shared on Snapchat per day, and almost 9,000 photos are shared every second.

10. More than half of all YouTube views are on mobile devices.

2. Despite news of layoffs and executives leaving the company, Twitter’s revenue is up 8% YOY

3. 59% of Americans with social media accounts think that customer service through social media has made it easier to get questions answered and issues resolved.

6. Per Forbes, Facebook reported 47% growth in revenue to about $17.4 billion in the first half of 2017 over the same period last year.

7. 93% of Pinterest users use the platform to plan or make purchases.

10. More than 56% of online adults use more than one social media platform.

1. Tweets with images receive 18% more clicks than tweets without images.

3. On LinkedIn, 98% of posts with images receive more comments and posts with links have a 200% higher engagement rate.

6. More than 1 million LinkedIn users have published long-form content, with 160,000 long-form posts being published weekly.  and over 19.7 million SlideShare presentations have been uploaded to the platform.

7. 88% of businesses with more than 100 employees use twitter for marketing purposes.

8. The user-submitted YouTube video with the most views is “Charlie bit my finger” with over 845 million views.

9. Pizza is the most widely instagrammed food, directly ahead of steak and sushi.

10. Blogging continues to grow, with over 409 million people viewing more than 23.6 billion pages each month on WordPress alone.

Check out this very cool infographic from Red Website Design! Excited to see these statistics in an infographic.

Our prediction for 2018? Messaging apps!

29% of smartphone users utilize general messaging apps, like Whatsapp, Viber, or Kik. As Facebook continues to test new methods for advertising through messenger, and customers demand a higher level of customer service, we predict that more brands will look to utilize messaging ads and applications in the year to come. Stay tuned…

Mary is a content writer/strategist at Starry, Inc. and an enthusiast of all things Internet. When she’s not writing words for work, you can find her eating extra-cheesy pizza while planning her next trip.

See other posts by Mary Lister