Before we continue, a fun fact: this terminology extends back to a time far before anything was digital. That’s right, kids—we’re talking print journalism. Because newspapers are so large, they must be folded when displayed on newsstands. Therefore, publishers need to rely on the content above the fold to grab the attention of passers-by.

In the same vein, when a web designer structures a page, she will likely focus on the above the fold content, as the site relies on this to capture users’ attention.

According to a study by the NN Group, content placed above the fold is seen 84% more often than content placed below the fold. In other words, by forcing users to scroll down to see part of your page, you are cutting the chances of it being seen nearly in half.

Now, that may not be a big deal if the below the fold content isn’t directly related to whatever you’re selling. But, if you’re deciding where to place a call to action (CTA) that brings users to your product page, it’s probably wise to put it above the fold. Otherwise, you can expect to see a pretty sizable decline in clicks, conversions, and revenue.

In a review of homepage design published on the WordStream blog, guest author Mostafa Dastras found that 80% of the 50 surveyed businesses had at least one CTA above the fold. He also concluded that the optimal type of CTA to use above the fold is informational (e.g., Learn More). Although you may think that it’s best to use above the fold real estate to sponsor purchase-oriented CTAs, this is not the case. By dedicating this space to an informational CTA, you can increase the chances that those who click are legitimate, qualified leads. Attracting unqualified clicks to your prime CTAs will only waste your time and resources.

If you’re a Google Display Network (GDN) advertiser, you’re probably wondering how all this stuff affects you. Many advertisers use the display network for purposes of branding and remarketing: the goal is to remain firmly in the minds of prospects who have demonstrated at least some interest in your product or service (likely by clicking on a search ad). So, if you’re aiming to capture mindshare, it’s pretty darn important that your ads are actually, uh, visible. Use Above-the-Fold CPM Bidding in your Google Ads account to maximize visibility and get the most out of your display budget.

Tread carefully, though. In 2012, Google started punishing sites that stuff too many ads above the fold. Much like your approach to using target keywords in blog copy and metatags, use above the fold ads in moderation.

How much do devices matter?

Take Google searches, for example. When you search something on desktop, you can see a lot without scrolling: a couple text ads, some shopping ads, and even some organic stuff. 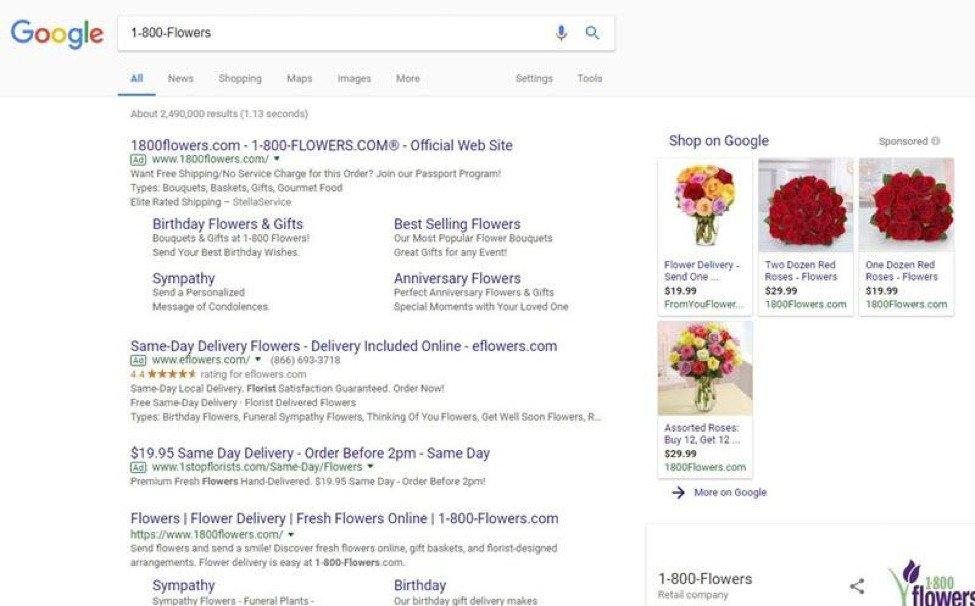 But, once you switch to mobile… 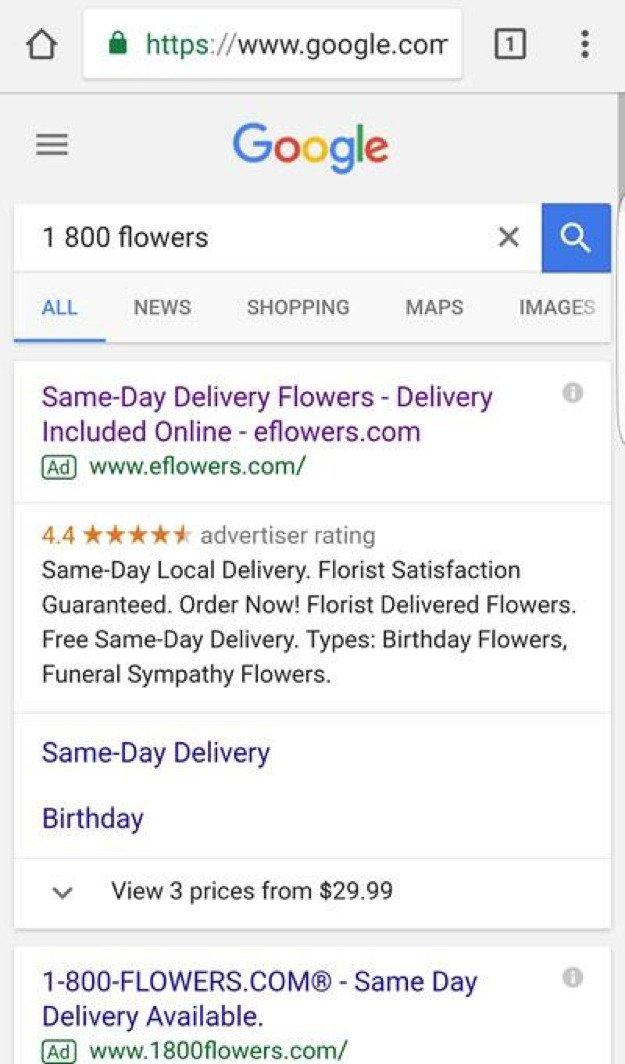 … things get limited. All of a sudden, earning the top ad spot is a lot more important, and ranking organically doesn’t really matter anymore. Evidently, how much you need to worry about falling below the fold in SERPs depends entirely on what device is used to make the search. As the popularity of mobile continues to proliferate, your capacity to muscle above the fold becomes increasingly crucial.