You Can’t Not Click: Weighing the Pros & Cons of Clickbait

Love it or hate it, clickbait has become yet another weapon in the content marketer’s arsenal. These days, it seems as though no site is above resorting to dastardly tricks to get you to click on their content, and these techniques have become so familiar, some experts have questioned whether clickbait has a future. 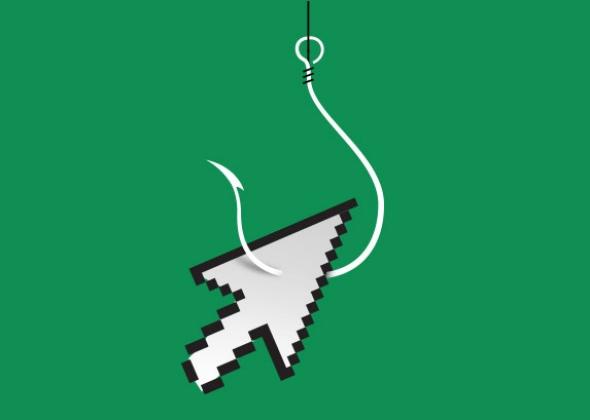 As its name implies, clickbait is content that is written specifically to attract as many clicks as possible. Just about any type of content can be considered clickbait. News stories, blog posts, interviews, infographics, videos – packaged in a certain way, you can make any web content clickbait. However, clickbait typically has several of the following characteristics:

Not all clickbait has all of these hallmarks, but most of it tends to have at least two or three.

Over time, content marketers in virtually all industries have decided to try and manufacture their own viral successes by imitating the style and format of clickbait web content popularized by sites like BuzzFeed and Upworthy, the two biggest and best clickbait producers on the web.

A Brief History of Clickbait

Although clickbait as we know it is a relatively new phenomenon, the practice of enticing users to click on web content actually grew out of the much older technique of linkbaiting.

Just as linkbait was (and is) content designed to entice other sites to link to it, thus boosting the link profile of the site that published it, clickbait is content intended to attract as many clickthroughs – and pageviews – as possible. More pageviews typically means higher ad revenues, which means bigger profits for the site’s publishers.

Of course, the traditional newspaper industry is no stranger to many of the concepts of clickbait, and has been using them expertly to sell papers for more than one hundred years. Despite being almost universally reviled for their lack of journalistic integrity, British tabloids are famous for their use of many of the techniques common to clickbait in an attempt to boost their circulations.

Hard-hitting British journalism at its finest.

As the rules of ethical SEO have developed and evolved, linkbaiting has become less common (though great content will always attract a healthy amount of external links). For now, though, clickbait is still very much in vogue.

The Benefits of Clickbait

So, thinking about creating some clickbait content but not sure how you could benefit? Let’s take a look at some of the pros of clickbait.

As the singular goal of creating clickbait, it should come as no surprise that more pageviews is the first pro of this type of content. If pageviews are your only goal, then clickbait is an excellent way to get them.

Clickbait can generate more pageviews whether you use it on your own blog or elsewhere, such as social media posts or guest columns for other publications. Obviously, to gauge the effectiveness of clickbait posted to your own site, you’ll need to pay close attention to the sources of your traffic using an analytics platform such as Google Analytics.

Good (or effective) clickbait is almost as irresistible to share on social networks as it is to click in the first place. However, people won’t share just anything, as perceptions of their personality are often closely tied to the type of content they share among their social networks.

To encourage social sharing of clickbait, it pays to appeal to people’s emotions. The stronger the emotional response, the more likely they are to share the content. Although nailing down precisely which emotional triggers to target is difficult, many social media experts agree that there are six primary emotions associated with social-friendly content. They are:

This list, based on the work of renowned psychologist Paul Ekman (who served as the inspiration for Tim Roth’s character in the hit TV show “Lie to Me”), is widely considered to be the definitive checklist for content creators seeking to manipulate their audience’s emotions into sharing content.

Combine a strong appeal to one of these emotions with an enticing headline and well-structured content, and you could have the next viral hit on your hands.

The third benefit of clickbait is brand awareness. If clickbait results in more pageviews and social shares, it follows that more people will be exposed to your brand as your content spreads across the web.

Increasing brand awareness is vital to content marketing, and creating compelling clickbait is a great way to do it. If we think of content marketing as a perpetual cycle, brand awareness plays a crucial role in many of the cycle’s stages, particularly when it comes to helping visitors remember your content (and thus, your brand) and establishing trust.

It’s important to note that clickbait content doesn’t have to go viral in order to build brand awareness. If content drives pageviews and encourages social sharing, it’s already accomplishing this. Of course, the farther your content’s reach (say, if it does go viral), the greater the chances that more people will remember your brand.

The Dark Side of Clickbait

It almost goes without saying that no content marketing technique, including clickbait, is without its drawbacks. Although great clickbait can be a valuable tool to content marketers, there are several pitfalls you should bear in mind.

1. Sensationalism Is Getting Old

Back in 2006 when BuzzFeed first launched, it was easy for the site to become very popular, very quickly. This is largely due to the fact that the rest of the web had not yet caught on to BuzzFeed’s tactics of baiting audiences with irresistible headlines. Now, however, everyone and their grandmother is using clickbait to try and exploit the benefits listed above, resulting in waning interest among audiences.

Apparently, we simply won’t believe what happens next, every reaction to regular everyday occurrences is priceless, and you can do just about everything with one weird trick.

Saturation of sensationalist clickbait is rapidly approaching its apex, and even supposedly trustworthy news sources such as CNN can’t help themselves from publishing highly offensive clickbait in a misguided attempt to drive pageviews. The signal-to-noise ratio has become so skewed that publishers are resorting to increasingly desperate measures to make themselves heard – a situation that simply isn’t tenable in the long run.

Few things will irritate your audience and erode their trust faster than purposefully misleading them. When people click on a piece of content, they expect to be taken to content that aligns with that expectation.

If you intentionally deceive them for the sake of a pageview, not only will they probably bounce away almost immediately, but they may also perceive your brand in a negative way as a result. Case in point, a recent post over at Search Engine Journal.

Aside from the fact that the author and all but handful of commenters don’t seem to know the difference between clickbait and linkbait, many of the comments left on this article were from angry readers who felt mislead for the sake of proving a point.

The post attracted a healthy amount of social shares, but if you’re tempted to employ similar tactics to accomplish similar results, it’s worth pausing to consider whether the potential brand damage is worth it.

3. Pageviews Aren’t Even That Important

Many content marketers are jumping firmly on the clickbait bandwagon and creating mediocre content disguised as something interesting in the hopes of boosting their pageview count. However, these efforts may be misplace, as some experts believe that pageviews aren’t even that important any more.

In an article in Time magazine, Chartbeat CEO Tony Haile wrote that many publishers are moving away from the so-called “click web,” in which clickthroughs and pageviews are the dominant metrics, to what he refers to as the “attention web,” in which audience attention and engagement are becoming the defining measurements of content success.

Haile points to several prominent sites that are transitioning away from the click metric model, including blog platform Medium and BuzzFeed rival Upworthy. Medium measures the success of content using what it calls “the only metric that matters,” which is Total Time Reading.

You may have noticed that posts submitted to Medium are accompanied by an estimation of how long the piece will take to read in its entirety. This is calculated based on periodic readings of scroll depth and position, with absences and pauses caused by reader inattention or switching to another tab taken into account.

This provides Medium with a reasonably accurate measurement of how long a reader takes to digest a piece of content. Using this data, Medium can then determine which posts were truly the most engaging – a far more reliable indicator than pageviews or social shares.

Similarly, Upworthy is moving away from the traditional click/pageview model to focus on a metric that it calls attention minutes. The data scientists at Upworthy calculate attention minutes by measuring two distinct individual metrics:

Based on its attention minutes metric, compare how three sample pieces of content performed compared to the traditional pageview model in the figure below. See the difference?

More and more publishers are moving away from pageviews as a defining metric. As audiences become increasingly fickle, and the amount of content produced continues to increase, an attention-based model may soon become the norm.

Let’s face it – clickbait can be a lot of fun for content marketers. Coming up with witty, sensationalist headlines is a skill that can be valuable to content producers, and it’s always nice to see those spikes in pageviews and social shares when clickbait content performs well. However, as we’ve seen, there are pros and cons to using clickbait in your content marketing strategy – and only you can decide whether the potential gains are worth the risks.