7 Marketing Clich’es that Make You Sound Like a Hack

Do you know the etymology of the word “cliché”? It’s a printer’s term – back when printers had to physically arrange letters together to form words and paragraphs and pages, they would sometimes arrange common strings of letters or words together on a single plate to facilitate printing those sequences more efficiently. This was also known as a “stereotype block.” 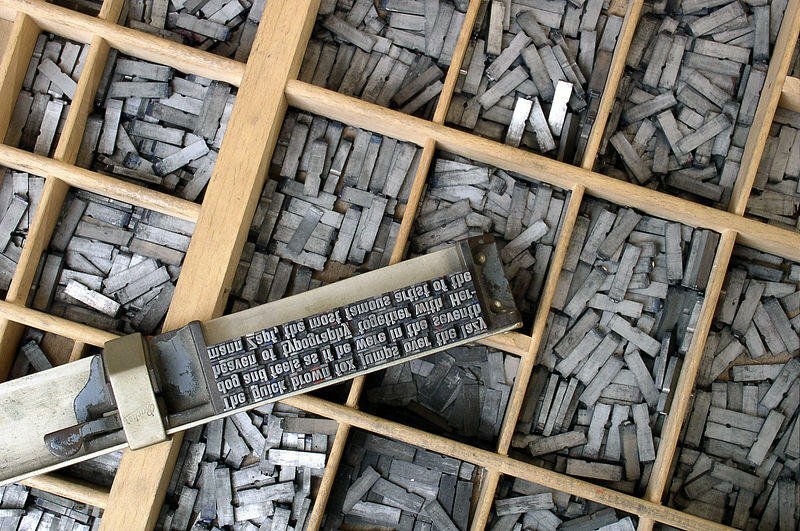 You can see how both “cliché” and “stereotype” evolved into metaphors. In the same way that using clichés made things easier for printers, clichés make things easier for writers. Reaching for a common, familiar phrase is a shortcut to communicating something close to what you mean. It’s harder and it takes longer to express yourself in fresh language that is also clear.

We’re all lazy and we’re all guilty of using clichés in our writing. It’s easy to get away with because people spend even less time reading our content than we do writing it. They skip and skim – you could even argue that using clichés makes it easier for readers to scan your content. The familiar is easier to process – clichés are already “cached” in the brain’s servers.

So what’s the problem? The problem is: Overuse drains phrases of meaning. Those who do take the time to read your articles sentence by sentence will find them hackneyed and trite. Write for your best readers – the smart and attentive ones – not your worst readers.

As a poet, I’ve avoided all forms of cliché for years. Oh, the shame you felt when a professor in a workshop called out a line in your poem as a cliché: “Starlings are always wheeling!” “Ice cubes are always clinking!” A good friend recently judged a poetry contest and sent me a hilarious list of words and topics that have crossed into poetry cliché territory in 2014: 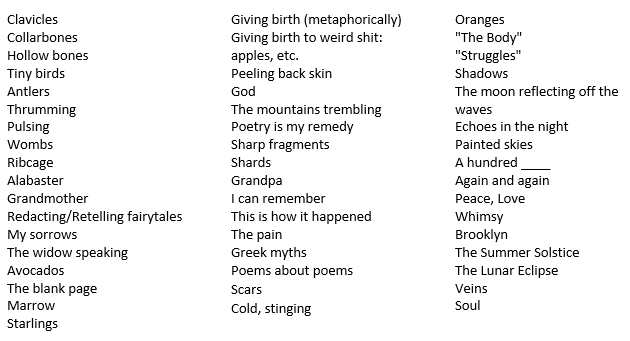 As marketers, I think we should strive to be almost as cliché-avoidant as good poets. Here’s a starter list of marketing clichés to ban from your content.

Probably the absolute #1 most overused phrase in search marketing (with the possible exception of “SEO is dead”). It’s supposed to mean “content is the most important thing,” but it’s turned into one of those thought-terminating clichés that make people’s eyes glaze over and brains shut down. And it’s arguably not even true – in fact, “content is king” was named multiple times in this round-up of bad SEO advice.

Think Outside the Box

Ah, the meta cliché – people use “think outside the box” to mean “don’t be a walking cliché.” And yet … you just said “Think outside the box”!! The chefs are always saying this on Chopped, which drives me nuts, but hey, their knife skills are better than ours. Us content people should know better.

Keep Calm and Carry On

In “Keep Calm and Carry On” we have a visual cliché – you don’t even need to use these five words to be taking part in it. Some genius even managed to combine two clichés from this list into one meme:

Someone on Inbound.org went on a rant about “Ultimate Guides” a while back. (I couldn’t even find it on the site because there are so many submitted articles with “ultimate guide” in the title!) I too hate formulaic headlines, but the “Everything You Ever Wanted to Know About X But Were Afraid to Ask”* formula is the one that most annoys me. See also “What You Can Learn About X from Y” and “What We Talk About When We Talk About X.”

*Some of you all are probably too young to know the reference. It comes from a 1969 sex manual, which Woody Allen adapted into an extremely bizarre film in 1972. So every time you use this headline formula you’re unwittingly making your readers picture Woody Allen in this costume:

Traditionally accompanied with an image of Alec Baldwin from Glengarry Glen Ross. (Don’t feel too bad, we’ve done it too.)

Take X to the Next Level

I’m all about leveling up when I’m playing Super Mario, not that I’ve done so in the past ~25 years.

But can we all just agree to stop saying “take your blah-blah to the next level”? When I read this phrase, I always hear it in one of those obnoxious male voiceover voices. SNAP INTO A SLIM JIM!

This one is more of a tech journalism cliché. I see it all the time:

The implication is that GOOG is doing something sneaky, that the quietly launched feature in question is part of Google’s big conspiracy to steal all your money and take over the universe. The thing is, Google literally launches multiple features per week across all its products. So obviously most of those launches are quiet. (That doesn’t mean it’s not a conspiracy though.)

What marketing clichés make your skin crawl? (Oh you know I had to end this post with a cliché…)