3 Tricks to Solve Your Most Common Facebook Ads Issues 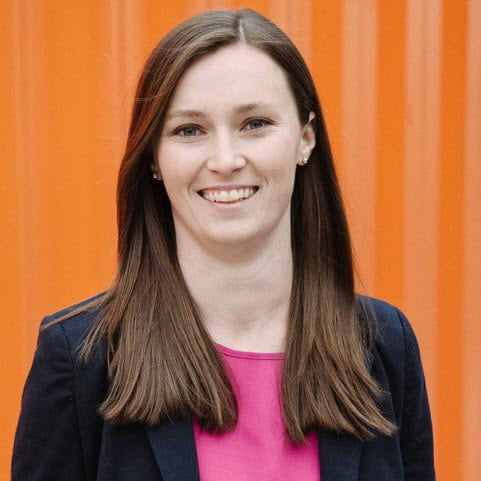 Facebook has one of the most advanced ads managers we have access to in the self-serve PPC space. There are lots of campaign objectives, each with their own set of best practices to follow. This allows for an incredible level of specificity. But to a new marketer, or even for those who don’t visit Facebook’s Business Manager regularly, this platform can get overwhelming pretty quickly.

Just selecting your industry can be overwhelming!

To help alleviate some of that, I’m going to run through the three most common areas of Facebook where advertisers tend to run into challenges:

As marketers, we know it’s in our best interest to pull all the levers at our disposal to improve campaign performance. One easy, effective lever in search campaigns is dayparting. In Facebook, however, it’s not so easy.

Strangely enough, your ability to schedule ads on Facebook is actually directly impacted by your budget choices. I wrote about the two key options earlier this year: daily and lifetime budgets.

Once you’ve chosen the lifetime budget option in the ad set builder, you’ll choose the Ad Scheduling radio button below.

That will then open up a builder where you can simply click the times you want your ads to run. The times your campaigns will run for will show up in blue. 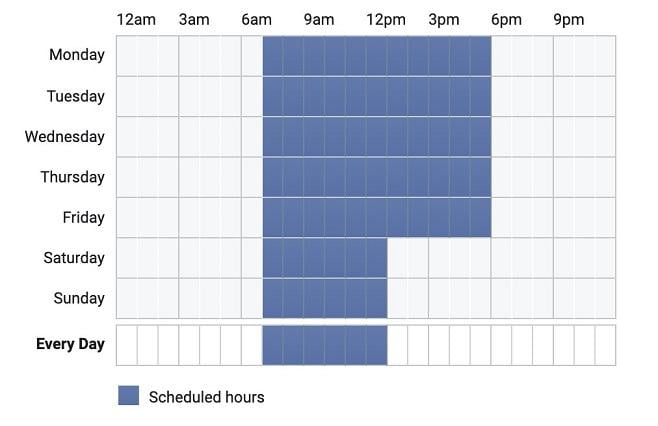 As a quick short cut, click the “Every Day” line if you want all days to show for the same hour block. Also, if you hold the shift key down (on a Mac, at least) as you click from one space to the next, it will highlight all of those in between.

The number one irritation I hear from Facebook advertisers is unbalanced ad rotation. Most of the time, social advertisers have backgrounds in search, and we’re used to having an option like this in the campaign settings:

Facebook determines which ad it thinks is going to perform best very early in the test and shows that one far more than others, no matter what the actual conversion performance is on the ad. The image above isn’t the most egregious example I’ve run into, but the point stays. Unfortunately, Facebook didn’t choose the ad I would consider the top performer with both higher CTR and lower cost per conversion performance.

So what can we do?

Facebook creative split testing is pretty simple to set up and operates similarly to Google Ads Campaign Experiments. We set up our campaign in all normal ways, except when it comes to the creative. At that stage, we have the option to enter up to five ad variants and test them evenly against each other within Facebook ads.

Here’s how we do that.

Next, create your ad set settings as normal.

Lastly, set up each of your ads as need be. Each ad will show up in its own ad set. You can test up to five ad variants for each creative test, so ads will be named from “Ad A” to “Ad E.”

Unfortunately, split testing isn’t a long-term solution to this Facebook ad issue, as your campaigns can only run for a certain amount of time, but it is a good stop gap if you’re finding it hard to determine statistically significant winners.

My last strategy is timely given that all advertisers are going to be forced into using Campaign Budget Optimization, or CBO, on Facebook starting in September of 2019.

The main problem advertisers have with this update is worrying about one ad set always being given the lion’s share of the budget and leaving out lower volume ad sets. This is a very fair complaint, but there are two specific ways we can get around this issue: structure and settings.

I’m starting with structure as it’s the simplest solution, but it’s the less elegant.

In Facebook, budgets live at the ad set level. With CBO, the budget will shift up to the campaign level, similar to other platforms, and will be harder to control with ad sets.

If we shift our campaign structure, we can easily overcome this issue. Here’s what it would look like for a basic set of three ad sets:

We now have three campaigns instead of one, each with a single ad set to ensure budgets are shared evenly.

Although this solution works and can be a good option for you, I’m personally not a fan of it for a couple of reasons.

Second, CBO is designed to adjust your budget shares in real-time to the top performing ad sets, not just the one with the most potential for volume. Now, per the ad testing section above, Facebook doesn’t always choose the “top performing” asset we would choose, but there is a machine learning component to CBO that we’ll be missing out on if we go with the structural strategy.

The second option, and the one I think most advertisers should try first, is using ad set level minimums and maximums within a CBO campaign.

When setting up your ad set settings, scroll down to the “Budget & Schedule” section of the creator. There, you’ll need to click on the “Show Advanced Options” blue text. 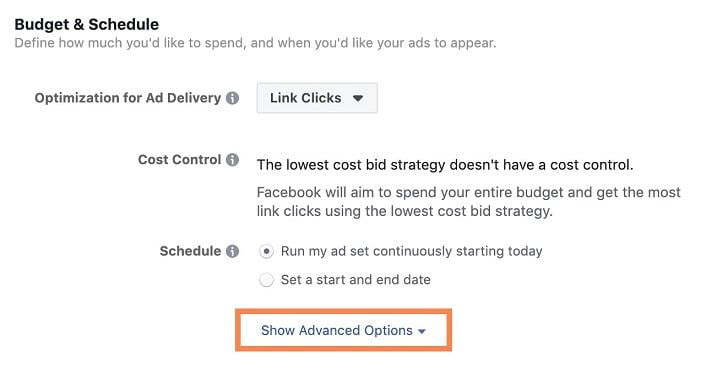 That will open up a few more settings, the first of which is “Ad Set Spend Limits.” Click the blue “Add spend limits to this ad set” text, and it will open up the editor below.

Now we can set either a minimum or maximum amount of daily spend for that individual ad set. There are a few ways you can use these settings to achieve balanced spending across your ad sets.

I have two examples below, but before we get there, I want to add a disclaimer: Overall, I caution against using minimums and maximums to dictate where 100% of your campaign budgets will go. Instead, I suggest you use these rules for maybe 75% of the spend and let Facebook choose where the other 25% goes to balance out your control while still letting Facebook optimize in real time to some degree.

Now onto the examples.

Let’s say you want all three ad sets in a to serve evenly (or as close as they can to even). In this case, you can take your total budget for the campaign, divide by three, and set each ad set minimum to that amount to ensure the spend is even each day.

Conversely, you might be mostly concerned that a specific ad set will take all the budget, but you’re confident the others will balance out. For that one ad set, maybe you set a maximum for a portion of the campaign budget and let all the others serve at whatever rate Facebook dictates.

If setting minimums and maximums simply isn’t generating the results you want and you’re still seeing your ad dollars being spent in the wrong ad sets, then it makes sense to shift to the campaign structure changes above to achieve your goals.

There is one wrinkle with CBO: It cannot be used in conjunction with split testing.

For now, we’ll have to keep our even ad testing and budget optimization separate, but I would venture to guess that over the coming weeks and months, Facebook will find a way to allow advertisers to continue to use both tools.

Facebook is a wonderfully advanced advertising platform, but it can also get a bit confusing and frustrating if the platform isn’t doing what you want it to do. Hopefully these three strategies can help alleviate some common irritations and let you get back to focusing on optimizing your campaigns rather than just executing the basics.

Michelle is the Co-Founder of Paid Media Pros. She has twelve years of experience in all aspects of PPC and brings a wealth of experience developing and executing campaigns across search, social, and display platforms in both agency and in-house settings. Her experience gives her an especially well-rounded and holistic view of the paid search landscape—one she shares regularly as an influencer, author, and industry speaker at events like SMX, HeroConf, and Pubcon, as well as the Paid Media Pros YouTube channel.