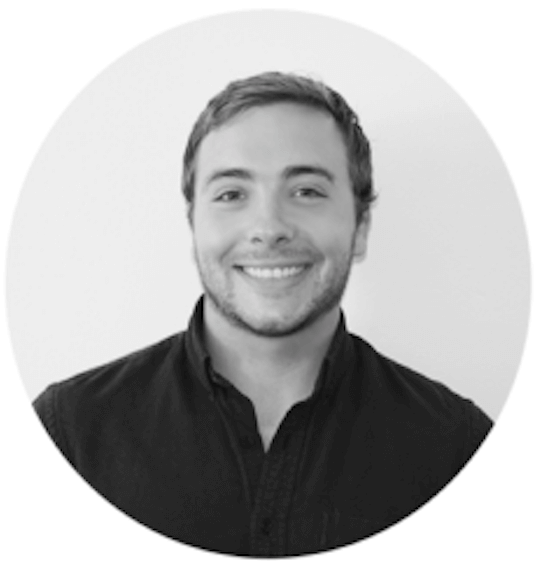 There’s been a lot of talk in the digital space about Apple’s iOS 14 update and how that relates in particular to Facebook advertising. Over the years I have read and heard of rumors that there would be some type of legislation that would mark the end of Facebook ads. These, of course, either never happened or never really had a substantial impact on the business so Facebook advertising has trudged along through the years. 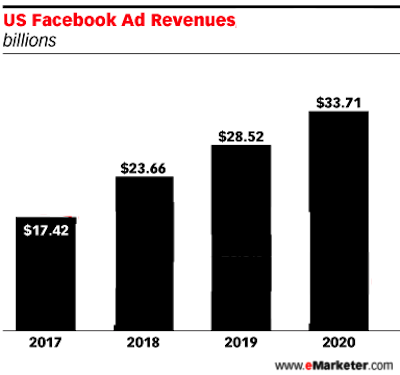 But this time, however, the threat appears to be rather significant and you can tell this by the response that Facebook is having towards the policy. In this post, I will:

So read on if you want to continue getting the most out of your marketing and advertising efforts on the Facebook platform.

Update: Now that iOS 14 has launched, here are some guides on how to advertise effectively:

There are plenty of resources outlining the situation with iOS 14, particularly from Facebook itself. To summarize, Apple announced changes with iOS 14 that will impact the way in which Facebook is able to receive and process conversion events from tools like the Facebook pixel. So in essence, any business that advertises mobile apps, in addition to those who optimize, target, and report on web conversion events will be affected. In short, Apple is requiring that all apps in the App Store show a prompt to its users on iOS devices essentially asking the user for permission for the app to track them outside the platform in different ways:

This new iOS 14 policy will prohibit certain data collection and sharing unless people opt into tracking on iOS 14 via this prompt. This may look or sound relatively familiar as most websites with any form of cookie tracking rushed to establish prompts in response to the GDPR requirements. If you’re unfamiliar with what I’m talking about, you’ve probably seen one of these on a news site or blog that you have visited:

If iOS users elect to opt out of Facebook’s tracking, the domino effect that will result from this will be as follows:

It’s clear through Facebook’s reaction to these updates that they are very worried, some might even say they’re panicking. This update has the potential to be extremely detrimental to their revenue. According to Statista.com, 79.9% of users on Facebook only use the application on their mobile phone compared to 1.7% only using it on desktop or laptop computers. The remaining 18.5% use it on both.

Out of that 79.9%, there will be a large portion who will be using an iOS device with the iOS 14 update. From that number of users there will be a percentage who will actually allow the app to track their data but how many of which that will be is unknown and not likely to be a large fraction of the overall. With popular documentaries such as “The Social Dilemma” in addition to years of user data scandals, It can be assumed that a majority of iOS users will opt out of Facebook’s tracking.

Facebook has responded by attacking Apple’s decision, stating that it is going to negatively affect small businesses looking to advertise on their platform. Like many things these days, this sentiment is true but somewhat misleading and manipulating. Facebook benefits the most from large corporations advertising on their platform, and although small businesses add to that revenue, they certainly aren’t the primary players in Facebook’s advertising business model. When large corporations with millions of dollars to spend on advertising decide that it’s no longer worth spending that money on Facebook and decide to go elsewhere, that is where the panic sets in.

With that being said, these changes will 100% affect small businesses. In fact it will have a massive impact on all businesses advertising on the platform. In a post titled Speaking Up for Small Businesses, Dan Levy, the VP of Ads and Business Products at Facebook, outlines his arguments against the iOS update. In the article he claims Apple is enforcing the update to encourage apps to include in-app payments and subscriptions (all of which they would profit from). He also explains how the update hurts small businesses’ ability to target, which is very true. Small businesses have lower budgets and need as many options to refine targeting as possible. Additionally, Levy points out how Apple isn’t necessarily playing by their own rules. What he means by that is Apple’s own personalized ad platform isn’t subject to the new iOS 14 policy, therefore Apple doesn’t need to send you the prompt but other applications do.

There are a variety of ways in which your ads will be affected by Apple’s customer data privacy update. A few that Levy has pointed out are:

This repercussion is related to Apple “not playing by their own rules.” Quite simply, they don’t get a cut from Facebook’s ad revenue or other apps with similar business models. When an app has in-product subscriptions or payments, however, they do.

As mentioned, this comes down to the ability to track events and behavior like you used to. If done properly, all Facebook advertising strategies will have some form of remarketing, conversion tracking, or lookalike generation—these all rely on the effectiveness of the Facebook tracking pixel. If users opt out of tracking, this renders the Facebook Pixel useless for that user. If all users who are on Facebook’s properties on an iPhone opt out of Facebook’s tracking, you will not be able to subsequently advertise to those individuals via remarketing in the future on their mobile device.

This assertion is made from Facebook’s “studies” through their own data so it should be taken with a grain of salt. With that being said, the trend towards de-personalized ads is going to have an impact on those looking to boost sales via Facebook. In particular, a loss of personalization that could result in 60% fewer website sales from ads.

That loss of personalization could lead to a drop in revenue by 50% resulting from Facebook app install ads. This point is being made for those who create applications and promote them using Facebook ads. The point is similar to the previous one mentioned above, implying that loss of remarketing and personalization of ads will result in massive reductions in revenue.

This refers to small business’s ability not only to remarket to users who have visited their website but to also leverage that pixel data to render lookalike audiences.

How to plan around the iOS 14 update

As I’ve mentioned, the main component of Facebook advertising that is going to be affected by this is pixel tracking. That means remarketing lists, conversion events, and so on. When you create a conversions campaign in Facebook the algorithm learns and optimizes in a way to drive more of the desired action for you. Some simple workarounds for the update in the immediate future would be:

This certainly isn’t a permanent solution to running paid advertising on Facebook in the future, but doing so may give you insight into what you can expect when the update takes effect.

Create campaigns outside of the conversion objective

This would mean running web visit campaigns or others and using your website’s internal tracking to determine if a sale or conversion occurred as a result of the ads. UTMs and a variety of other tactics can be used to determine which campaign, ad set, and ad that a conversion took place from without having to rely 100% on Facebook’s tracking pixel. Lead ad campaigns can be used as well. This strategy will not negate the impact on retargeting audiences but will aid in your ability to drive results from prospecting campaigns. 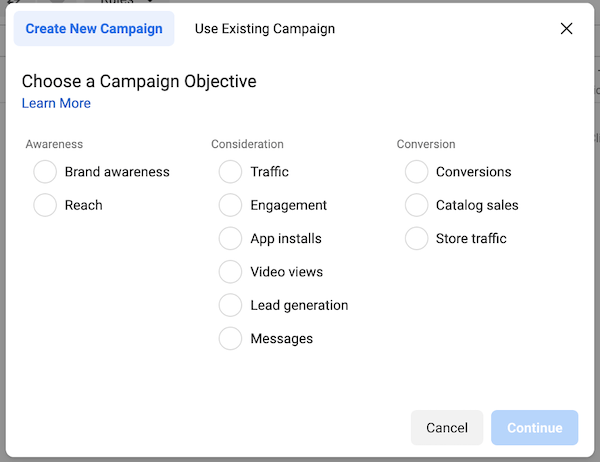 Here are two ways to generate leads on Facebook without conversion campaigns.

What I mean by this is to require that users give you information about themselves earlier in the conversion process. First name, last name, or email addresses can be retroactively uploaded back into Facebook to generate custom audiences for retargeting purposes. This is a very roundabout way of approaching the issue but may allow you to rely more on folks who are willing to give you some information rather than the pixel fires from simple pageviews.

I don’t believe this is going to be the complete end of Facebook advertising and I’m cautiously optimistic that it will have less of an impact than expected. Facebook is at a point now where they are nearly regarded as a “too big to fail” company. I believe that there will be several workarounds in the coming months to help advertisers weather the storm. In the meantime there are a few things that you can do to prepare yourself for the changes in order to put your business in the best possible position to succeed from an advertising perspective.

As mentioned, beginning testing and attempting to rely less on the Facebook pixel is step one. You can also explore ways to get more out of other advertising channels like Google, Bing, and Linkedin and build remarketing audiences through those platforms. If history has taught us anything it’s that humans are highly adaptable, and that goes for tech corporations as well. I believe there will be resolutions in 2021 to mitigate the damage caused by these updates.