Years ago, ads using Facebook’s traffic objective were so cheap that site owners could make money just by driving traffic to pages with display advertising. It’s a strategy known as Facebook ad arbitrage. But as ad costs have risen, it’s also a strategy that’s essentially extinct.

Of course, the “traffic” objective still has its uses in 2021. Some sites use it to bring top-of-funnel awareness to their product or service. Others still use a form of arbitrage, where they’re monetizing via affiliate offers.

The strategy I’ve used to grow my personal finance website has been to combine both of those approaches, simultaneously building my brand and monetizing Facebook traffic through affiliate offers. I first started using Facebook to drive traffic to informational content in 2017. Between then and now, we’ve brought in over 10 million visitors, with Facebook being our #1 referrer. And most importantly, our ad costs have remained flat since 2019.

I’ve tested hundreds of different ideas and strategies over that time, and my best practices are constantly changing. In this post, I’m sharing the strategies that helped me bring in high-quality traffic at what was an average cost per visitor of $0.05 in January of 2021.

So first, let’s take a look at the basics of Facebook traffic ads and why these best practices work.

When you are setting up a new Facebook or Instagram ad, you can select one of five objectives for your campaign: engagement, app installs, video views, lead generation, and of course, traffic. Facebook traffic ads are those which use the traffic objective and can be used to send traffic to a website, mobile or desktop app, or Messenger conversation.

Facebook Ad benchmark studies are useful for comparing what others in your industry are doing. However, they’re just as useful for understanding what strategies advertisers are not using.

For example, we know that conversions are the most popular objective on Facebook. We also know that people who are known to convert—specifically, people who would buy a product or service from a new brand as the direct result of an ad—are some of the most highly-targeted users on Facebook.

As such, the cost of advertising to those users is higher on average.

On the other hand, there are more people who are likely to click a link and read a piece of content that interests them than people who will convert quickly. And naturally, because fewer advertisers are targeting these users, reaching them is more affordable.

A second principle that’s important to understand for running traffic ads is that Facebook’s goal isn’t just to constantly show ads to the small group of people who have a history of making quick purchasing decisions.

To maximize revenue, Facebook wants to show relevant ads to as many people as possible. After all, if users are not known to convert, constantly seeing ads asking them to buy something is a poor experience—which means both the advertiser and Facebook loses.

It’s not that the first group will never convert. The big takeaway is that you have to walk these people down the sales funnel step-by-step.

And this is what Facebook traffic ads are ideal for.

As I mentioned in the intro, the strategy I’ve used to grow my personal finance website The Ways To Wealth has been to both increase top-of-funnel awareness and monetize traffic via affiliate offers.

Here are five best practices for driving traffic at a very affordable cost while making sure that the people visiting your site are of high quality.

Shares drive down your overall cost per landing page view, and likes let Facebook know that your ad is of high quality and they can show it to more people.

Quick reminder: The more people Facebook knows it can show your ad to, the wider your overall reach and the more you’re able to target users who are rarely targeted.

Of course, every marketer thinks they have the absolute best content. So this is where it’s useful to have a third-party perspective on the quality of your content. 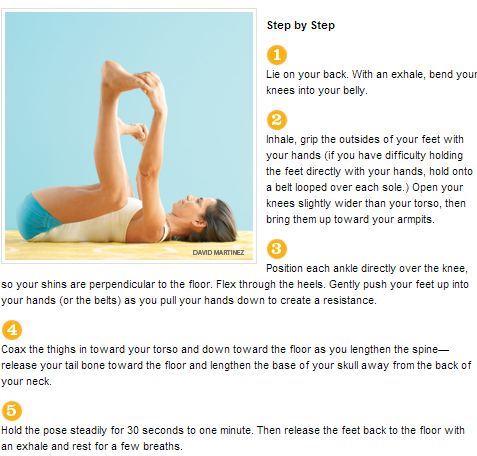 A question I like to ask myself about the content to which I’m sending cold traffic is: Would a subreddit moderator find this valuable? As any site owner who has submitted their content to Reddit knows, it’s a tough crowd. So a good litmus test for whether your content would get the positive engagement needed to have super-cheap costs is whether it’s good enough for Reddit.

I’ve also hired people on Fiverr to compare and contrast my content to other top-performing articles in the space.

This doesn’t mean you can’t make a profit or have a call to action on the page; it just means that you need to provide real value first.

While making the content so good people want to share it, you can use specific copy to nudge them in that direction.

My rule is that someone viewing my ad should have a specific person in mind that they’d share the content with, even before they read the article.

As an example, the text on one of my long-standing control ads reads:

Reading through the comments, this content is often shared from a parent to a child in their 20s — both of whom can be my target market.

Personality traits or hobbies can also work well here. For example, in driving traffic to an article on gig economy jobs, I’ve used the personality trait “introverts” in the ad text. Ideally, they’ll want to check out the content themselves, as well as have a specific person in mind that they can share it with.

Because positive engagement decreases your ad costs, you want a large percentage of the people viewing your ad and content to like or share it. That means it’s best to create ads and content that appeal to as many people as possible.

From my testing, larger audience sizes have resulted in the lowest cost per click. In fact, my minimum audience size is a 1% lookalike audience, which reaches over 2 million people.

For those with a smaller niche audience, this can require some outside-the-box thinking (which we’ll cover below).

I start my campaigns using Facebook’s traffic objective and having it optimize for landing page views. Earlier, I also mentioned that for the cheapest possible clicks you need large audiences.

The big question is this: How do you bring in high-quality traffic —i.e. traffic that will eventually convert— while maintaining large audience sizes?

While the goal is still to bring in top-of-funnel awareness by getting people to read your content, there are in fact a number of campaign objectives in Facebook that allow you to do this.

Say you’re a direct-to-consumer organic baby clothing brand. You start by driving users to a piece of content they love, such as a blog post titled “How to Create a Minimalist Eco-Friendly Wardrobe For Your Newborn,” which features your products.

You then use a 1% lookalike audience from people who’ve visited that page. From there, you create campaigns with different campaign objectives. This could include:

By targeting different types of users, and by publishing content that has wide appeal to your target market, you’re exponentially expanding the amount of people you can reach on the platform.

Because having a large audience is important for driving costs down, it’s important to constantly test new audiences.

I’ve found that lookalike audiences, which significantly increase the amount of people I target, work the best.

One of my favorite ways to get lookalike audiences is from other pieces of content on my site, which is at the end-stage of a buying cycle.

For example, if I’m driving traffic to a page on money-making apps, I’ll use the lookalike audience from one of the reviews from a product mentioned, such as Capital One Shopping (a very popular rewards app mentioned in the apps article that gets high-intent search traffic).

In the past, I’ve even created content not because I knew it would do well in search, but because the few people who would read it are my ideal readers.

So, say our DTC organic baby clothing brand from the previous example has found that women in their third trimester have the highest lifetime term value. In this case, this company might create a blog post titled “A Checklist For Preparing For Your Baby In Your Third Trimester.”

Once they drive some traffic to that page via their own social channels and through outreach, they can create a lookalike audience from visitors of that page, driving traffic to their guide on “How To Create A Minimalist Eco-Friendly Wardrobe For You Newborn,” as this is their ideal customer.

This ideal customer may not have been reached if they were just using the “conversion” objective.

Plus, if this company did want to run a conversion campaign retargeting users who viewed their checklist, they’ve expanded their audience size (which allows for cheaper retargeting ads).

As the number of advertisers on Facebook increases, it’s only natural that when deploying the same strategies as everyone else — e.g., using only the conversion objective — costs will increase.

Utilizing the lesser-known “traffic” objective is a chance to play a different game than the majority of other advertisers.

And if played right, it presents a chance to acquire customers at a cost far below what your competitors are paying.

R.J. Weiss is the founder and editor of The Ways To Wealth, a Certified Financial Planner™. He’s spent the last 10+ years writing online about personal finance and has been featured in the New York Times, Forbes, Bloomberg, MSN Money, and other publications.