Online Ads: A Guide to Online Ad Types and Formats

Online ads have become a daily part of internet life. For new marketers, it can be confusing getting a grasp on the scope and variety of online ads available. We’ve compiled a thorough list to help categorize and explain each form of online ads present on the web. Enjoy!

Google search ads are online ads that appear alongside the search engine result page when users search a keyword query on Google. These ads are PPC, or pay-per-click ads, in which advertisers pay for each ad click. Google’s PPC search ads are managed through the Google Ads advertising platform, which allows advertisers to bid on keywords, craft ad text, set budgets, and more. To learn more about how Google search ads work, check out PPC University.

PPC ads, AKA pay-per-click ads, are advertisements in which the cost of advertising is determined by the number of clicks an ad receives. Google Ads and Bing Ads both use a pay-per-click model. 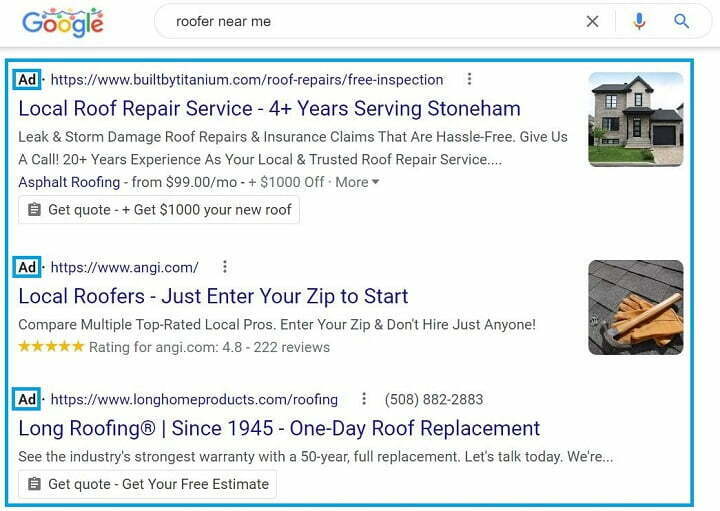 Microsoft Ads (formerly known as Bing Ads) are similar to Google ads in that they work on a pay-per-click basis. Advertisers can manage their ads through the Microsoft Ads platform. You can get started with creating Microsoft Ads once you have a Microsoft Ads Account.

Marketplace ads appear in the side columns of the Facebook website with a headline, copy, and an image. 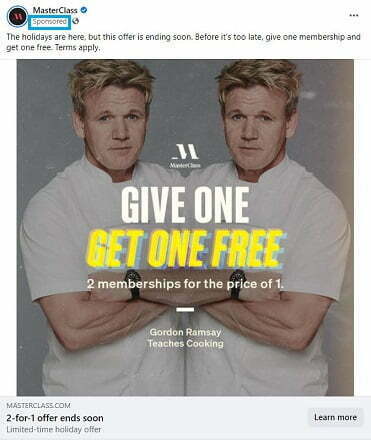 Twitter ads refer to the paid boosts that brands on Twitter can use to extend the reach of their tweets, promote a chosen hashtag, or gain more followers. 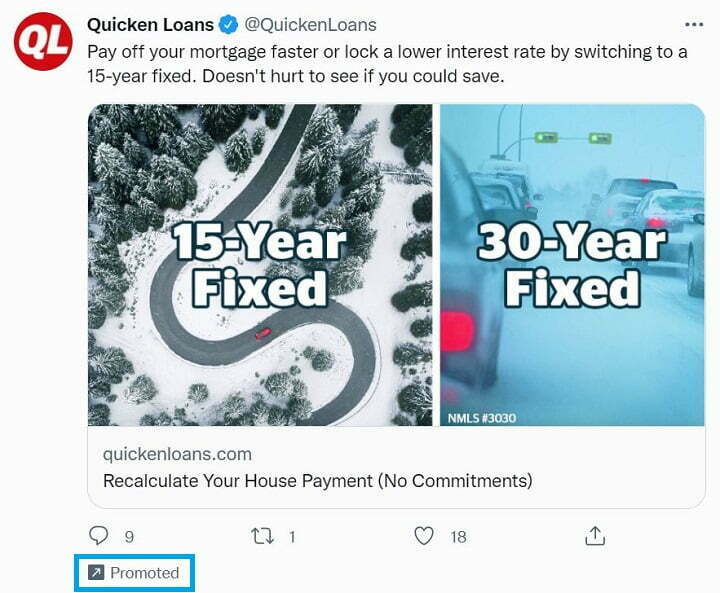 Tumblr ads come in a few different formats – Tumblr Radar and Spotlight allow for “sponsors,” aka advertisers, to be featured in areas where Tumblr highlights unique content and accounts. With 54 million users posting 70 million posts per day that get over half a billion page views each day, the Tumblr community is an active and lively one.

Tumblr also offers sponsored web post ads, which are pieces of Tumblr content crafted by advertisers that appear in users’ main dashboard feed, integrated with normal, user-generated content. These Tumblr ads have small dollar signs to mark them as advertising content. In order to post your online ads onto the Tumblr platform, you’ll have to become a Tumblr sponsor. 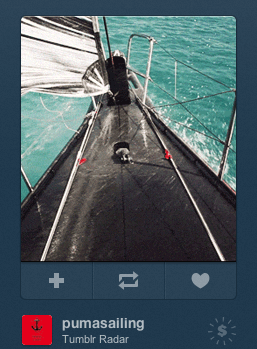 Banner ads are image-based advertisements that often appear in the side, top, and bottom sections of websites. They can range widely in terms of size, design, and function. You’ll typically find them in all sorts of news-based websites, blogs, and specialized web communities. Many websites brokerage their ad space with ad exchanges such as Google’s Display Network, or you can buy the ad space in the same manner you’d buy an ad on a newspaper. 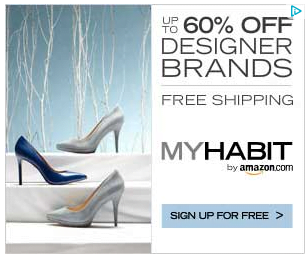 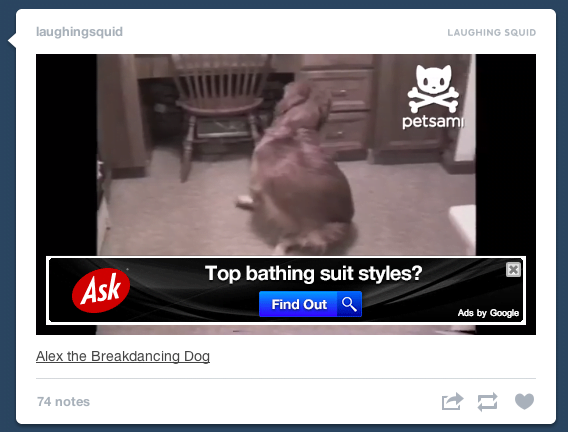 Retargeting ads (see similar, Google Remarketing) entice a user to visit a site by taking into account the user’s past web history. When a user visits a website, a retargeting campaign cookie is attached to the visitor, taking note of what pages and products the user visits while browsing the site.

Retargeting ads tend to perform drastically better than regular banner ads, with higher click-through rates and conversions. If you’re already using Google AdWords, we have a step-by-step tutorial on creating your own Google Ads remarketing ad.

In this example, I had previously been browsing online for snowboards. Later, I saw a remarketing ad for what I had seen while browsing a leisure news site.

Reddit ads are advertisements featuring a headline title, destination URL, and an optional photo. Reddit ads work on a bid-based system, in which advertisers can set campaign budgets and choose how long they want their campaign to run for. Reddit ads allow for some unique targeting options and are often fairly cheap, with low cost-per-impressions.

What really makes Reddit ads unique are the comments and voting – users can upvote or downvote your ad, giving advertisers an easy read on if users like or dislike an ad. Each ad, like all other posts on Reddit, has a comment section. This can be useful for advertisers because it allows users to provide direct feedback that goes straight to the advertiser.

The best Reddit ads take their audience into consideration – Reddit is predominantly frequented by a young, tech-savvy audience, mostly males. On a whole, the Reddit community is very wary of blatant marketing, so posting a Reddit advertisement can be a bit like playing with fire. If done properly, Reddit ads can bring a lot of attention for low cost. You can advertise on Reddit through their website.

Mobile ads are ads that appear on smartphones, tablets, and any other mobile device. Many social media platforms, websites, and apps offer their own unique mobile ad options. If you advertise on Google Ads, you can advertise to mobile devices.

In-Game ads are advertisements that exist within computer or video games. One of the most common examples of in-game advertising is billboards appearing in sport games. In-game ads also might appear as brand-name products like guns, cars, or clothing that exist as gaming status symbols.

App Ads are advertisements that appear within mobile apps. Google’s mobile advertising platform enables app creators to make revenue off of free games by offering ad space, and allowing advertisers to get ad spots in the most popular mobile games and apps.

App ads can appear as mobile-optimized text ads, image-based banner ads, or even interstitials ads, which use rich HTML5. 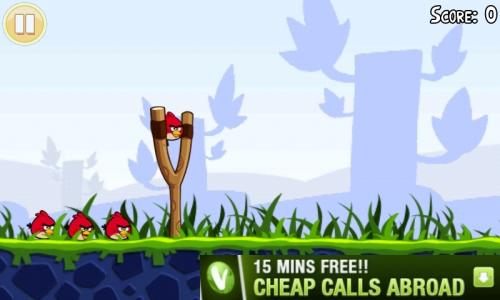 Email ads are advertisements sent to users via web mail. Email ads can be used to notify subscribers of certain promotions, discounts, or new features, among other uses.

Most email advertisements feature a large image with minimal text; users will not waste large amounts of time reading email ads, so it’s important to make your message as clear and concise as possible. Email ads also rely on a compelling subject line to ensure that a user will open the email.

Email ads have specific rules – the CAN-SPAM Act of 2003, created to prevent email spam for users, authorizes a $16,000 penalty per violation for spamming individuals, which is why many email marketers in the US use an email service or software to make sure they are in compliance with the Act.

Gmail ads in Google’s online email service are contextual ads that are generated by an automated process that scans a user’s emails to discover interests and topics that are relevant to the user. If a user is writing and receiving many emails about air conditioners, that user may see ads about air conditions appear within the Gmail inbox. Gmail ads are created using Google Ads Discovery campaigns.

Video ads are growing in popularity as better internet speed performance and online advancements make it fast and easy to watch videos on the web. The most successful video ads avoid blatant advertising, opting instead for educational, how-to video content that naturally appeals to users, with some (if any) product suggestions discreetly integrated. Humorous video ads also perform well, with some funny video ad network campaigns finding enormous success, especially when an interactive element is added. 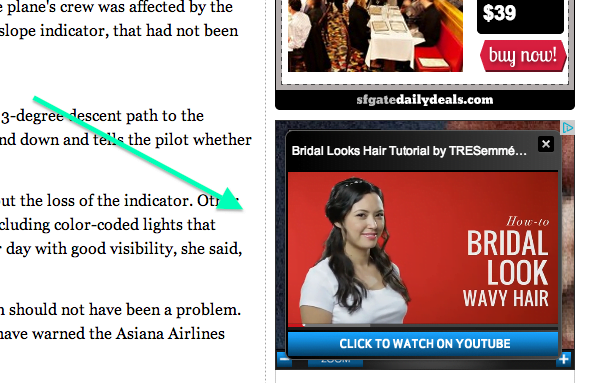 YouTube ads are ads that appear on Google’s video-sharing site. Since Google obtained ownership of YouTube, advertising on YouTube has become nearly as easy and customizable as advertising on AdWords.

YouTube ads provide a number of targeting options and several different ad formats. YouTube advertisements can appear as banner ads, in-video overlay ads, in-stream video ads (which are video ads that appear before or during another YouTube video), as well as several other setups.

Pinterest ads are simply pieces of content pinned by brands and advertisers. When marketing a specific product, marketers create Pinterest advertisements by adding a dollar sign before the price amount to the description. This tells Pinterest that this item is for sale at that specific price. Pinterest marketers can then link the pinned item to the official product page to drive retail traffic.

Some marketers also implement their own form of Pinterest advertising by hosting contests on Pinterest. While this doesn’t result in direct sales, contests are a great way to drum up user attention, engagement, and boost site traffic, depending on how the contest is organized. Take note that while you do not have to pay Pinterest to create ads, you will have to spend significant time and effort to create beautiful online ads to attract lurking buyers on Pinterest. Note that Pinterest ads work best on tangible B2C products.

Instagram ads are photos or videos that can be found throughout the platform in places like the News Feed, Explore page, Reels feed, Stories, and Instagram Shops. 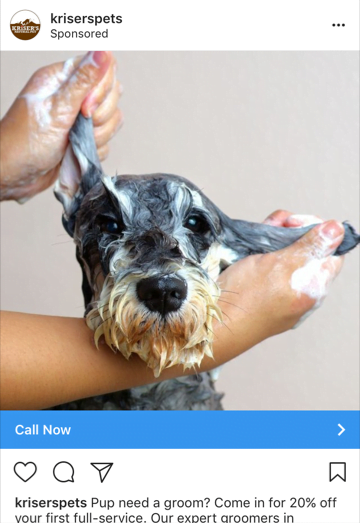 Other Forms of Advertising

While we’re primarily concerned with showing online ad examples, it’s worth giving a quick overview of other more common, offline forms of advertising as well!

TV ads are a very expensive but still well-regarded form of advertising that’s as old as television itself.

TV ads are a form of outbound marketing, also known as interruption marketing, which relies on interrupting viewers in an effort to get their attention. In order to avoid being received as obnoxious by viewers, many television ads now make an effort to appeal to a viewer’s emotions through humor, a sense of goodwill, nostalgia, or even sometimes anger or sadness. For many TV ads, the main objective is to be emotionally powerful and memorable.

News ads are thought by many to be a thing of the past, but they still offer value, especially when targeting audiences who may not be online often. News ads can build brand awareness, although tracking the performance of newspaper advertisements is nearly impossible. Online ads, on the other hand, offer audience targeting options, performance measurement analytics, and a wealth of other advantages against classic news ads.

Radio ads are similar to TV ads and newspaper ads in that they too are a form of outbound marketing that seeks out attention through interruption. As with other forms of advertising that don’t operate online, radio ads can be difficult to measure and track. 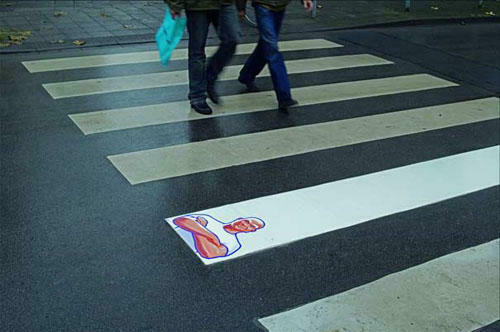