How We Got a Link from The New York Times 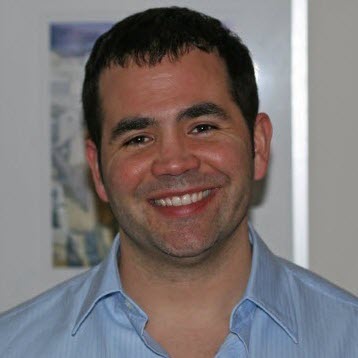 Recently at WordStream, we launched our first link bait campaign. By our standards, the campaign was successful, and we thought we’d share the details on how to build a linkbait campaign.

How to Get Links from New York Times: A Case Study

In a nutshell, we attribute the campaign’s success to setting clear objectives, creating killer content and aggressive marketing. What resulted from our hard work, planning and execution was a link from one of the most trusted sources on the planet: The New York Times.

How did we do it? Read on and find out how to get a link from the New York Times.

Link Bait Campaign Intro: Before You Start, Have a Plan!

You may be wondering how to start link baiting, and in ultimately, great linkbaiting is all about planning. In my mind, much of link baiting fails because it lacks planning. Bloggers and link builders think that if they throw up a piece of content it will magically go viral…on its own…eventually…because it’s just “so damn good” that people will be compelled to share it with others. This rarely happens. To succeed at link baiting, like any other marketing activity, you must follow a plan.

Before embarking on our link bait campaign, we developed a detailed plan, which included:

Link bait planning is key to having a winning link-bait campaign, so be sure to spend a solid chunk of time on brainstorming and planning. All link bait strategies need a good plan.

Setting Goals for a Linkbait: Goals of Our Link Bait Campaign

So like I said, it’s critical to create a plan ahead of time, which includes clearly defined goals. By establishing your goals, you give your link-bait campaign structure and direction. Also, having goals helps determine which type of link bait “hook” to create, be it content, a puzzle, contests, widgets, humor or news, etc.

Now, the obvious goal of link baiting is to get links…copious amounts of links with a few gems (high trust, high authority links). But, in my opinion, your goal targeting shouldn’t end there. The perfect linkbait campaigns result in a trifecta of increased:

Now, you don’t need to hit all three targets for your campaign to succeed. In fact, if your goal is simply to get one high value link, that’s fine. But what IS important is that you establish this ahead of time, so you can judge success, evaluate your efforts to measure ROI and to inform future efforts.

We spent some time assessing the goals of our link bait campaign. For our campaign, the primary success metric was links, with the prize being one link from a national publication. We also hoped to drive traffic, more referred and organic. The traffic is essential to producing the links. If nobody sees your bait, nobody shares it. With regard to leads and sales, our link bait wasn’t relevant to our products, so we doubted we’d generate many sales from the traffic. But our objectives were links and traffic. So if we produced leads, that would be a nice bonus.

Okay, so let’s establish another point: the content is the most important element of link baiting. It’s the “bait” in the link bait. Don’t waste time trying to figure out what the latest new type of linkbait is or use cheap tricks – it’s all about content. Poor content does not get shared, does not go viral, does not attract links. So given how important content is to your campaign’s success, it’s critical you devote the bulk of your time, energy and resources to developing your “bait.”

Great link bait can come in many different forms, but here are some link bait ideas to get you started:

While these are some great link bait examples, feel free to think outside the box.

Since our primary goal was to earn a link from a national publication, we created link bait with a “news hook,” i.e. content that would leverage hot and trending topics and tap into public passion. Larry Kim created an article that claimed Scott Brown would win the Senate race based on social media popularity metrics. This was a stroke of genius because the nation was buzzing about the upcoming Senate race and we felt we could ride that wave of media frenzy. In addition, Larry leveraged “social media,” another trendy topic, perfect for link baiting social news. This combination of two hot topics was the perfect storm, as it appealed to both fans of the impending Senate race and social media enthusiasts too.

For your link baiting to be effective, you must be willing to promote the living crap out of it. Even great content and the best link bait doesn’t go viral on its own. It often needs help. For our marketing campaign, we knew we’d have to employ a super-aggressive promotional strategy to propel our content to viral status, so we devoted three hours to an all out media blitz that included:

Press Release for Linkbait: $140 through Marketwire

Real Time Search: Google’s Real Time Search generates fresh and continuous feeds from video, news, blogs, forums and Twitter, making it a great “live listening tool.” I can’t stress how beneficial real time feeds were to our campaign strategy. Because of the Massachusetts Senate Race “hotness of topic,” the real time search results were buzzing with activity. This gave us the ability to monitor a live feed for Scott Brown news and discussion, which was key to discovering fresh content to target for outreach and “strategic commenting” (discussed next).

Strategic Seeding: So I mentioned how Google’s Real Time Search was integral to our promotion. That’s because it fed us a constant stream of new content for strategic seeding opportunities. We used Real Time to target popular, heavily trafficked, online publications, where we dropped in compelling comments with a link back to our “bait.” To ensure our comments wouldn’t get buried/paginated, we had to comment within minutes of the target content being published. That’s why real time search was key to our efforts. In the first few hours of our campaign, these strategic comment links drove thousands of visits and created more awareness for our link bait.

In addition to link baiting social news with Twitter, we hit other popular social media platforms, including:

Rippling Coverage: The combination of blog comment dropping, social media buzz and media activity produced a ripple effect of coverage from others in the blogosphere we hadn’t targeted directly, who referenced our social media poll (polls as link bait work great) in their articles, leading to even more interest, traffic and links.

Follow Ups: We reached out to journalists and bloggers who covered our article and thanked them. Now, this wasn’t part of the campaign, per say, but more of a courtesy and common sense, as it aids in future outreach and relationship building with these influencers.

So our link bait campaign was a success. We achieved our goal and got an editorial link in the New York Times.

We also scored a bonus editorial link from Politico. So that’s two links from major online news publications, doubling our goal expectations for the link bait. The full-on media blitz we embarked on also spawned mentions and links from across the Web and world, like here in Sweden. In addition, people dropped unsolicited comments and links to our social media poll in message boards, forums and media posts as the viral nature of our campaign caught fire. The link bait also sparked a number of copycat Senate Race social polls too, which was flattering.

Now, the traffic the link bait drove wasn’t relevant to our core product (we’re a search marketing software provider), so we only converted a handful of people. However, we did achieve our primary objective by getting a link from a highly trusted media outlet. In the future, we’ll use the same approach but try to tailor our “hook” to a more relevant audience.

So Why Was Our Campaign a Success?

Establishing a clear and detailed plan from the outset and executing it effectively was critical to success. Marketing our content aggressively was also paramount. But without the linkability of the content, our campaign would’ve fallen flat on its face.

So what was it about our content that made it so darn linkable?

Keep this in mind for future link bait ideas. Controversy that plays on emotion, a well-timed piece, trendy news, and a creative piece are all perfect linkbait examples. Even better if you can combine all of them.

Congratulations! You now know how to create a linkbait campaign – and an awesome one at that! As newly inducted linkbait campaign experts, we wish you the best of luck. Now go forth and linkbait – we got a link from New York Times and you can too.

See other posts by Ken Lyons