The Rise of Ad Blockers: Should Advertisers Be Panicking?(!!)

Ad blockers have been around for years, but online advertisers all over the world have been freaking out about these software programs lately. Some news websites have even gone as far to say that ad blockers will herald the end of the Internet as we know it.

What exactly is going on with ad blockers, and as an online advertiser, should you be worried? 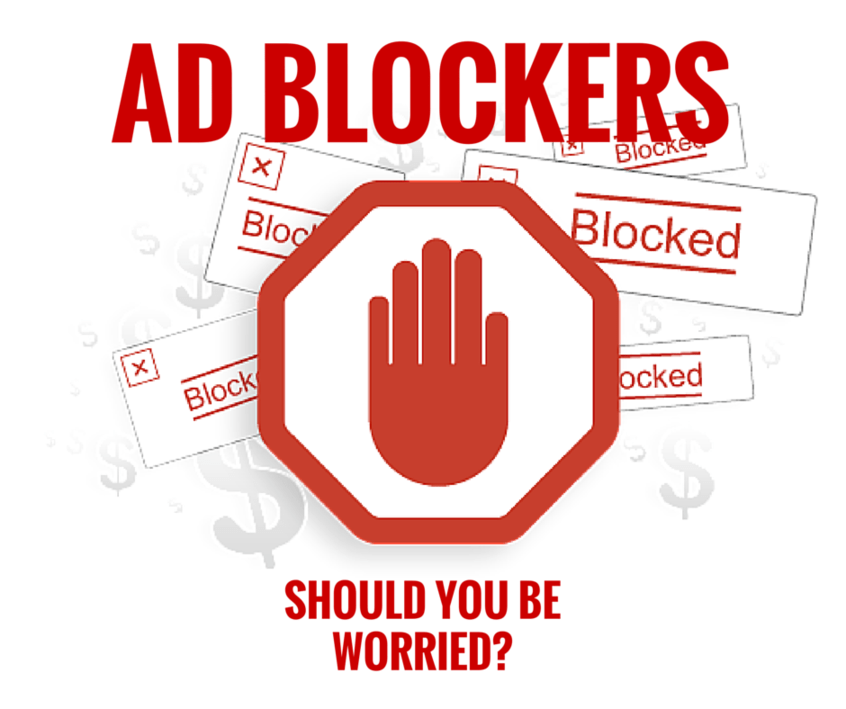 What Are Ad Blockers?

Ad blockers – sometimes known as content blockers – are simple software programs that prevent ads from being shown on websites. Ad blockers are typically browser add-ons, and are available for the Chrome, Firefox, Opera, Safari, and Internet Explorer web browsers.

Why Are Ad Blockers in the News?

Apple made headlines recently when it announced that iOS 9, the latest iteration of the mobile operating system that powers iPhones and iPads, would now support ad blocking technology.

Dean Murphy, a British software developer, created an ad blocking app for iOS called Crystal. The app, which was available on the Apple App Store for 99 cents, functioned similarly to AdBlock Plus and the other ad blockers on the market. Murphy told the media he did not create Crystal with the intent of making a fortune, but rather to develop his iOS programming skills.

In the week after Crystal was launched on September 16, Murphy earned $75,000 from sales of his app.

Marco Arment, creator of Instapaper and cofounder of Tumblr, also created an ad blocker for iOS, an app called Peace. The wildly successful app, which was downloaded tens of thousands of times, was pulled by Arment just 36 hours after it was launched when Arment experienced a “crisis of conscience” about Peace’s potential impact on sites that rely on advertising revenue to survive.

Why Is Ad Blocking So Controversial?

A vast majority of websites on the Internet exist thanks to online advertising. Millions of websites, from tiny blogs to huge corporate-owned magazines, depend on online advertising revenues in order to operate. As I mentioned, ad blockers have been available for years, but for Apple – one of the largest, wealthiest technology companies in the world – to openly support them is big news.

Much of the angst surrounding Apple’s decision stems from the fact that by giving people the option to block online ads, many more people will actually do it. Although Android remains the biggest player in the mobile device market, significantly more people could adopt ad blockers now that they’re available on iOS for the first time, which could subsequently have a considerable impact on Internet advertising revenues.

According to data from Adobe and PageFair, adoption of desktop ad blockers has risen steadily in recent years, from approximately 21 million users in 2010 to more than 181 million users in January of this year:

Some experts believe that adoption of mobile ad blockers, such as those now permitted on Apple’s iOS 9 platform, could exceed this figure considerably as the software programs become increasingly popular.

In terms of ad blockers’ potential impact on advertisers, opinions are mixed. The same report by Adobe and PageFair estimates that the rise of ad blocking technology could cost advertisers a total of more than $40 billion by next year:

However, other estimates are far more conservative, placing the potential economic damage at around $1 billion. Unfortunately, it’s impossible to say how bad the damage could be.

Although the most obvious reason that people use ad blockers is to eliminate ads from their web browsing experience, there are actually several other benefits of using them. By removing ads from the web pages users are served, page load times are often decreased considerably, and can also reduce data usage – good news for people with limited data plans.

Another reason some people use ad blockers is that some advertisements make use of scripts – tiny, self-contained snippets of code that perform specific functions on a web page – that can be easily exploited to gain access to users’ sensitive information.

As many advertising platforms utilize tracking and behavioral monitoring technology that profiles user behavior based on the sites they visit, content blockers can be very attractive to people who do not want their online browsing preferences sold to advertisers and content delivery networks. This is what makes add-ons like Ghostery, which functions in a similar way to many ad blockers, so popular among privacy-minded users.

The Bad News About Ad Blockers

Let’s get the bad news out of the way first. The rise of ad blockers will affect advertisers – the real question is how, and how many. Some advertisers may notice a significant impact on the performance of their mobile PPC campaigns, whereas others might not notice any difference at all. In a way, you can think of this development in much the same way as Google’s “Mobilegeddon” algorithm update earlier this year – some sites were hit hard, and others didn’t even notice.

A mobile SERP before and after installation of an iOS 9 ad blocker, via @soundboy

Ad blockers affect the display of PPC and display ads, across Google AdWords, Bing Ads, and other advertising networks, meaning that advertisers with any type of active campaign could potentially be affected by increased adoption of these software programs.

If you’re running a PPC or display campaign targeting mobile users on Apple devices, and they have an ad blocker installed on their device, they won’t see your ads. It doesn’t matter what extensions you’re using, how many ad formats you’re taking advantage of, how good your ads are – if a user with an ad blocker searches for a keyword you’re bidding on, they won’t see your ads. At all.

The Good News About Ad Blockers

It’s not all doom-and-gloom – there is some good news.

Although increasing use of ad blockers will affect some advertisers, it’s important to note that this whole situation was triggered by Apple’s decision to allow ad blockers to be downloaded and installed on mobile devices – this does not affect desktop campaigns whatsoever. If users aren’t using ad blockers on their desktops, your ads could still be shown as they always have.

It’s also worth remembering that most people don’t use any ad blockers at all, and just because Apple has allowed them on the App Store doesn’t mean all users are going to radically change their behavior.

You may also want to think about the targeting options of your campaigns. You should be doing this anyway, but by refining your targeting options, you can rest easy in the knowledge that your ad budget is being spent as wisely as it possibly can be by targeting your “perfect” audience.

Another plus is that ad blockers don’t affect app functionality, which is where most mobile device users spend their time – they only affect browser-based searches, and only then if the user has an ad blocker installed.

The Importance of Remarketing

The potential rise in ad blocker adoption means that remarketing, not just regular display campaigns, is now more important than ever, because remarketing is about focusing on bottom-line metrics such as conversions.

Impression data for display campaigns has always been difficult to quantify, but by focusing on remarketing, you’re ensuring that your campaigns are not just potentially reaching the right people, but the right people who are more likely to convert further down the funnel. Focus on clicks and conversions, not impressions – remember, more than half of display ad impressions aren’t even seen.

One outcome of the renewed interest in ad blockers could be an increase in the popularity and prevalence of native advertising.

Native ads look, read, and appear just like “true” content, putting them beyond the reach of ad blocking technology. Native advertising has become increasingly popular in recent years, but could soon become even more popular if ad blocker adoption continues to rise. Not every advertiser will be able to implement a native advertising campaign (or should, even if they have the means), but it’s another direction that online advertising could take in the future.

Small Businesses Are the Least Likely to Be Affected

Since most small businesses aren’t seeing great conversion rates from mobile ads anyway, they are the least likely to be affected by increased adoption of ad blockers on mobile.

TL;DR: What Ad Blockers Mean for You

UPDATE: Google to Offer ‘No Impression, No Charge’ on Display Network

Google announced on Wednesday September 30 that it plans to introduce changes to the Display Network that will help advertisers’ budgets go further. According to an official blog post, Google will soon no longer charge display network advertisers for impressions that are not viewable to users. If an ad isn’t seen – whether due to an ad being below the fold, in a background browser tab, or scrolled out of view – the advertiser won’t be charged. Although it doesn’t explicitly say so, this move seems a likely reaction to the increased concern about the adoption of ad blocking technology, though the problems outlined in the post have certainly been an issue for Display Network advertisers for some time.

Edit: This post was updated on 10/6 to reflect the fact that some ad blockers can eliminate the visibility of ads on social media platforms such as Facebook and Twitter on desktop clients.