Knock-Off Thousands from Your Google Ads Costs with Close Variants 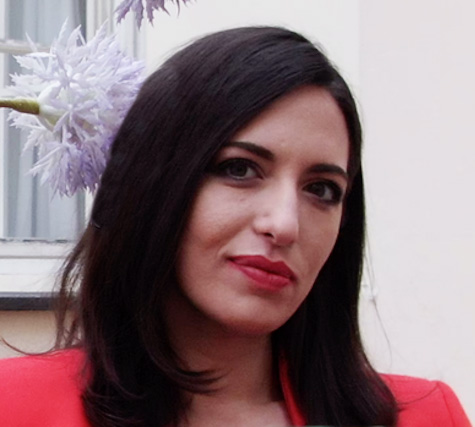 I’m a bargain addict. I shop at Goodwill instead of traditional department stores, live by Groupon and GoldStar rather than paying full price on a meal or a show, and hunt for treasures at flea markets, as opposed to paying a premium at malls.

Who wants to blow a month of rent on a bag?

You can imagine the unbridled joy I found in close variants – a relatively new phenomenon that has been slowly but surely empowering advertisers to abandon highly competitive designer keywords and adopt their cheaper variants instead.

Get the look without blowing your budget!

What Are Close Variants?

For example – the phrase match keyword “flowers for mom” could get triggered by the query “flowers for mother’s day.” In this instance, “mom” and “mother” are close variants.

In identifying what close variants are, it’s also important to identify when a keyword is a truly separate idea and would require a match-type that allows for additional keywords to be added. If you’re using phrase match or exact match, these would need additional keywords:

A Brief History of Close Variants

The close variant has been a ninja among the sweeping changes of the last two years. It started creeping into search reports towards the end of 2015, and grew in prevalence in 2016. Only in 2017 did Google officially announce that close variants can be associated with all match-types.

WordStream’s QueryStream will show you the variants

Benefits of Optimizing for Close Variant

One of the big reasons to optimize for close variant matching is cost savings. Bidding on one keyword that grants you access to 10-15 other “variations” means you can target the cheapest of these variations, while still coming up for the more competitive ones.

Close variants mean tighter ad groups (3-5 keyword concepts on multiple match types, as opposed to 20-30 keywords total). Google has been pushing advertisers closer to audience-based account management, and the rise of close variant matching is another way Google incentivizes us to keep our ad groups smaller and more focused.

One of the growing risks in an account is including too many keywords, or more specifically keywords with low search volume. Advertisers used to have to run this risk, because Google required us to be much more specific with our keywords. Now that we have close variants, we’re able to consolidate underperforming campaigns and ad groups, and allow our users to teach us how they search.

As we begin to see patterns in profitable queries, we can begin pausing our broader keywords, and transitioning in the specific user-generated queries on more restrictive match-types.

How to Optimize for Close Variants

So you’ve decided to ditch “designer keywords” and live a fashionably frugal life with close variants – how do you optimize for close variant matching? There’s a few ways to begin, and in most scenarios, you will want to balance all three.

First and foremost is organizing keywords in your ad groups by match-type, and assessing for duplicates by the rules of the keywords and close variant. This is especially important for exact match keywords, as the rules of engagement radically changed in March of 2017.

Once you’ve grouped keywords by match-type, you can assess which version of the keyword you’ll want to keep. When it comes to broader match types (broad and modified broad), it can be helpful to identify the “common denominator” in desired keyword phrases. For example, “+flowers +for +mom” would allow your ads to come up for:

Rather than bidding on these terms using modified broad, we can add them on exact and phrase match, while having the one central idea (flowers for mom) on modified broad.

Beyond match-type rules, there’s also auction price. When evaluating keywords, you’re able to see “top of page” and “first position” bids. These average cost per click (CPC) prices inform whether a given budget can support enough clicks in the day (minimum of 10), as well as if there’s a less expensive option. By choosing the cheapest version, you might forgo high search volume, but you’ll also bypass high competition. Only you can know if the tradeoff is worth it.

A third way to choose your variant is to go for the one with the “best” metrics. This can be tricky as successful metrics are all relative based on volume and industry context. Do you choose the keyword with a CTR of 2.15% but 5000 impressions or the keyword with 16% CTR but only 500 impressions?

In some cases, we need to go with the keyword that is bringing us conversions and better CTR, even if it means paying a premium. However in most cases, it can be a worthwhile test to go for the cheaper keyword for 2-4 weeks. If you see traffic significantly drop off, you’ll know your original focal keyword was the right choice. If you see traffic stays around the same (or better because you can afford more clicks in your day), you’ll know your cheaper close variant can take over.

Have you adopted close variants into your marketing strategy? Would love to hear your stories and perspective in the comments!