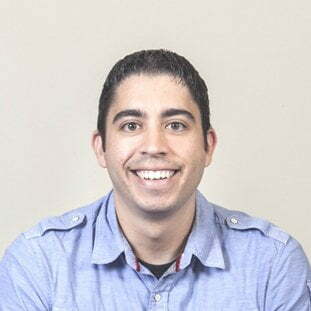 If advertisers still want to run any ads on the Gmail placement, they are going to have to run Discovery campaigns instead. That will be the only way to run Gmail campaigns starting on July 1, 2021. This update could be a good way for advertisers to expand reach as well as testing a new campaign type. The problem is that there are clear differences between how Gmail ads work from the current dedicated format versus how Gmail formats in Discovery campaigns. I am going to show you what the differences are and what you can expect to lose once dedicated Gmail campaigns go away in July.

Discovery campaigns in Google Ads do not support manual bid strategies. Currently, we can use manual and CPC bidding with Gmail-only campaigns. In the image below, I selected a Discovery campaign goal of “create a campaign without a goal’s guidance.” Even with that option, the only bid strategy I can choose is target CPA.

Say goodbye to device targeting too

Since Gmail campaigns are currently a part of the Display Network, we do have the ability to control which devices can see our Gmail ads. In my current Gmail campaigns, I constantly see better performance on desktop. We see a lot more people saving the ad to their inbox on the desktop device, and that is just one of the metrics we use to optimize performance. Well starting in July, we will be losing even more control with our Gmail placements.

You can probably sense a theme here. Yes, the device targeting is fully out of the advertisers hands in a Discovery campaign. When you are in the campaign settings for a Discovery campaign, you will not even see an option to update the settings. (You will still be able to segment performance data by device in the main interface).

Hopefully, in your other Display Network ads, you are testing a variety of ad variants to try and see which ones perform the best. Well with the standalone Gmail campaigns, we could do the same. Depending on the audience volume, I would try and create three to four ad variants in each one. If I was launching Gmail ads for the first time in an account, I would like to choose the “rotate evenly” ad rotation setting. This way I could try and give each ad variant the same amount of exposure to better judge the performance metrics.

Well now you can add ad rotation to the list of settings that are not available in Discovery campaigns. With the automated approach to this campaign type, advertisers will not be able to adjust the ad rotation for their ads no matter how many variants they may want to test. The hands-off approach does not help with my controlled ad testing, but it is just another thing we have to deal with when working with the shift to automation.

The biggest change: ad formats are NOT the same

Just because Discovery campaigns have a Gmail placement, it does not mean we can recreate our ads easily. There are a lot of differences (as subtle as they may be) that can change your approach to how you would want to use Gmail in your strategy. These differences are the biggest reason I am upset about this change. I feel that way because the ad creative is the most important part of a Gmail campaign in my opinion. And the components that are changing are going to give us, in my opinion, less appealing ads.

Text components of your Gmail ads are different

There are two main ad formats for Discovery campaigns. There is a standard Discovery ad as well as a Discovery carousel ad. No matter which option you choose, the headline can have up to forty characters. With Gmail campaigns, the headline character count maxes out at twenty-five characters. Because of this difference, I constantly see Gmail headlines get cut off on mobile devices if we’re not purposely shortening the text to make sure the message is fully visible on all placements.

The ad on the left is the Discovery carousel ad, and the ad on the right is the dedicated Gmail ad. While not visible in each image, the character count for the descriptions is still ninety characters for Discovery campaigns so no changes there. If you are, however, using the standard Discovery ad, you can add multiple headlines and descriptions just like you can with a responsive display ad.

Just like a responsive display ad, Google will have the ability to test any combination of these text components in a standard Discovery ad. The advertisers will not be able to see the combinations to know which ones are performing. It really is not a big deal since you only have to enter one headline and one description, but you then have to take into consideration how it affects the way your ad looks in the other placements of a Discovery campaign.

Where are my videos?

One of the main things I loved about Gmail campaigns was how we could integrate video into the ad creative when a user opened the Gmail ad. I always feel a video can better explain who your brand is or the value of your product over a standalone image. If it made sense, I would try to include a video in some (if not all) of my clients’ Gmail ad variants to push engagements and clicks to the website. The advertiser also has the option in a Gmail ad to only use videos if they choose. With the current Gmail campaigns, you do not have to use an image if you do not want to. All you have to do is search for a video if it is already on YouTube. Then you can add several videos to your ad if you want. Here is just one example of what an all-video Gmail ad could look like.

I have used this on occasion for a variety of product demos as well as brand awareness campaigns to get users engaged with our brand. We could then use the YouTube user audiences in Google Ads to give us more options for remarketing. As of right now, it appears that video assets are not allowed in Discovery campaigns. Odds are it is because the majority of Discovery placements are YouTube placements. And if you are going to try and promote videos within certain YouTube feeds, you might as well run a TrueView discovery campaign.

Okay. I am not going to pretend I have used this ad format before, so this section is not going to be long. Advertisers could go beyond the default Gmail ad and create their own HTML Gmail ad version to enhance the user experience beyond the basic template. Pretty much the advertiser could upload a ZIP file containing all the files for both the collapsed and opened version of the Gmail ad. Again, I was never lucky enough to have a client build one of these in any of my campaigns so I really can’t speak to it. But if you are using the custom HTML Gmail ad in any of your campaigns, just know that it will go away in July.

The change to Gmail ads is coming. Start testing now.

We really cannot be surprised by the direction Google is going with Gmail campaigns. The constant push towards automation and product adoption has been thrown in our faces for years. Bid strategies are becoming more automated. Ad types are becoming more automated. Even entire campaigns are trying to be automated. It was only a matter of time before Gmail ads were affected too. I am holding out hope that we will still be able to use the Gmail specific columns within Google Ads, but I have not been able to confirm that at the time of writing this post.

That being said, complaining will not help. The best thing for you to do if you still want to run Gmail campaigns is to begin testing out Discovery campaigns immediately. Learn how the campaigns and ad types work. See what learnings you can gather to make the proper optimization decisions with Discovery campaigns. It is better to get ahead of the curve before everyone else is forced to switch over at the same time.

Joe Martinez is the Co-Founder of the Paid Media Pros YouTube channel. He is a regular contributor to WordStream and Social Media Examiner. He has also written for Search Engine Land, Marketing Land, PPC Hero, SEMrush, and more. He has hosted webinars for SEMrush, Unbounce, Quora, and Microsoft Ads. He regularly speaks at conferences and organizations such as SMX, HeroConf, Inbound, Pubcon, SMXL, and more. Finally, he was named a Top 25 Influential PPC Expert by PPC Hero in 2017-2021.

See other posts by Joe Martinez