Google Android OS is Google’s Linux-based open-source operating system for mobile devices. Android has been the world’s most widely used smartphone platform as of 2010, with a worldwide smartphone market share of 75%. 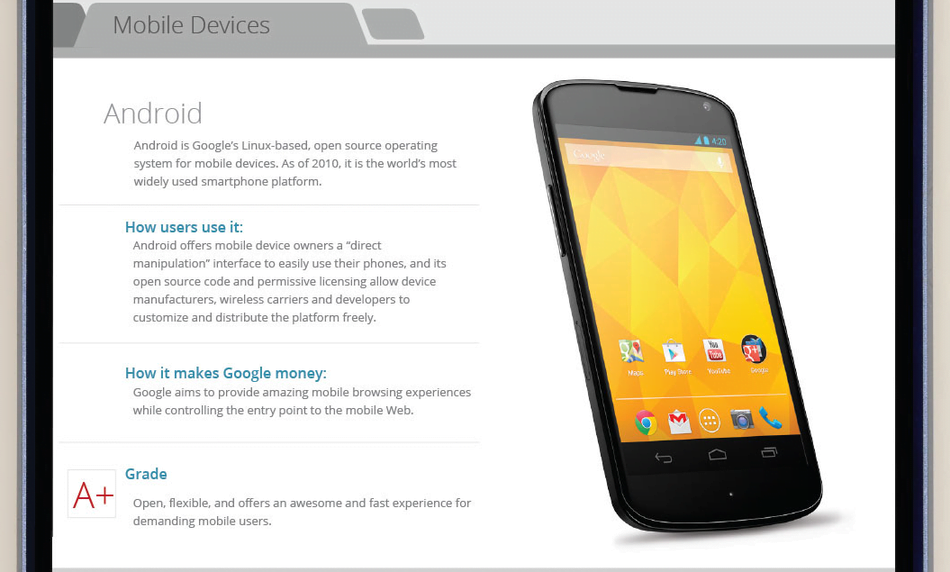 Android releases a few updated versions of its operating system every year. Android system versions are named with a dessert theme, the original being Donut 1.6 in 2009, and the latest being JellyBean 4.2 in 2012. 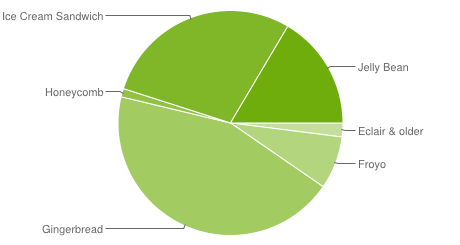 The debate between Android vs. iPhone continues, with enthusiasts from both camps making their cases. While the sleek, visually stunning design of the iPhone wins over many, Android receives the latest Google mobile products, as Google strives to push and challenge the boundaries of mobile devices.

The price point for Android devices, with Android tablets or Android phones, also tends to be lower than Apple devices.

Android lets users customize their smartphones for a unique and tailored experience. Users can add widgets to their home screen, receive notifications of texts, voicemail, and missed calls, and switch between various apps with multi-tasking capabilities.

There are numerous Android mobile apps, or applications, that extend the functionality of Android devices. The Google Play Store, which serves as the primary Android app market, has over 700,000 Android apps available for purchase or free.