Who Uses Bing, Anyway? 10 Surprising Ways You Probably Do

Oh, Bing—always in Google’s shadow, and Google has a BIG shadow. Google enjoys a lot of attention: It’s the most visited site in the world and generates 3.5 billion searches every day. Google is integrated into our lives, our technology, our politics, and even our language—“Google” is literally now synonymous with “search for something online.”

But Bing is a different story. Since launching 10 years ago, saying it hasn’t attracted the same attention is an understatement. Bing.com is only the twenty-fifth most visited site on the web, and it spends very little money marketing itself to attract new users. And you’re not likely to hear someone utter the words “Bing it” or proudly proclaim themselves as a Bing user. At best, Bing is largely ignored. At worse, Bing is the butt of the joke.

So, really, who uses Bing anyways?

You. You probably use Bing. Here’s how.

1. Nearly half of the US searches on Bing

126 million unique US users performed 6 billion searches on the Bing network in March 2019, according to ComScore data. Today, Bing controls 36% of the US desktop search market. Wait … what?

The fact that many users search on more than one platform has surprising implications for a lot of advertisers. Because many searchers may first search for you on Bing, SMBs who start advertising on Bing will often see 26% more branded searches on Google, as well.

Microsoft is a tech giant, no doubt. Today there are more than 1.5 Billion devices powered by Windows, with over 900 million using Windows 10. And that number is growing quickly—particularly in the workplace, where most devices are powered by Windows. In fact, you’re likely reading this on a Windows device right now. There’s no surprise to the reach of Microsoft.

Now, Microsoft also owns a search engine called “Bing.” Unsurprisingly, all these Windows 10 devices also direct a lot of traffic to their own search engine.

The Bing logo might not be plastered all over you PC, but that search bar in the bottom corner of your computer—that’s a fast track to Bing. Ask Cortana a question, and she’ll happily Bing it for you. Those searches from the lock screen? All of it’s Bing!

3.  Bing is integrated with other Microsoft products

Microsoft’s more than just your hardware or operating system. Even if you’re an Apple loyalist, you likely use some of Microsoft’s other products and may be using Bing without realizing it! 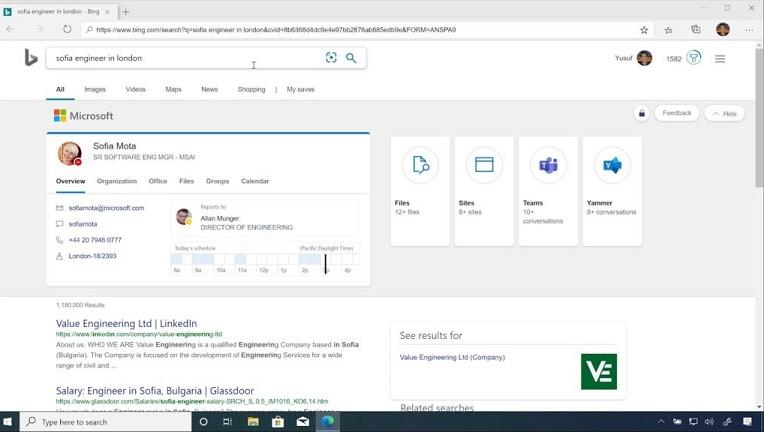 The 1.2 billion Office users might be using Bing without noticing it, as well! If you’ve ever typed into the search bar on the ribbon or right clicked onto a keyword to search within an email or a document—you’ve Bing’ed it! Outside of Office, other Microsoft apps like Skype and Teams also integrate with Bing for their search results.

Even away from the office and their computers, Microsoft holds the attention of over 65 million active gamers relaxing at home with their Xbox console.  And in the moments between the action, when players pause to search for the newest games, apps, or dinner—they’ll find themselves searching on Bing on their Xbox!

4. Voice search through Cortana and Alexa is powered by Bing

Window’s voice assistant Cortana is plugged into all your Windows ware—and it should be no surprise that Cortana keeps her voice search within the Microsoft family with Bing. In fact, Cortana is responsible for 25% of all searches through the Windows 10 taskbar.

But Bing gets much more search from another household name: Alexa. That’s right, Amazon’s Alexa puts Bing into 100 million households! That number is only expected to grow as Alexa becomes Facebook Portal’s voice assistant of choice, too. 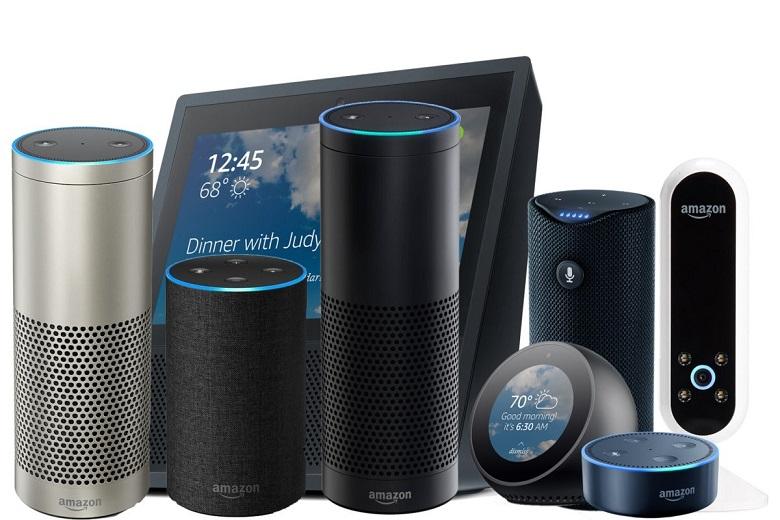 Default search engines aside, maybe you don’t type in bing.com to search the web. Understandable. But if you’re not typing in Google.com before browsing the web, chances are you’re using a search engine that’s at least partially powered by Microsoft’s Bing. Microsoft partners with dozens of smaller search engines to power their results and ads, including:

And many, many more!

Advertisers on Microsoft Adverting have a unique advantage over Google Ads, as well. In addition to being able to serve ads across all these search engines through one platform, they can also review the performance of their ads on individual engines and either target or exclude them from their search campaigns.

Many people turn to search to begin shopping, but neither Google nor Bing search own an ecommerce monopoly online. To be found online, you need to be on more than just search. That’s why Microsoft has also partnered with major ecommerce platforms, including:

As a result, Bing reaches much more than a third of all online retail searches. These audiences outside of the Bing search result page are highly engaged. Advertisers looking to reach these audiences have seen success within their shopping campaigns across multiple industries on Bing. On average:

7. International audiences are flocking to Bing

Google’s mass market appeal makes targeting different demographics on Google a nuanced tactic. However, since more people search using Bing from their PCs, particularly from the work computers we see that Bing attracts a different audience than Google’s. For 40 hours a week, Bing has a strong reach into these working white collar professionals’ searches. Overall, we see that Bing reaches an audience that is:

Although Bing might earn 36% of the US search market share on desktops across all industries, there are some industries where Bing is an even larger player. Where many Bing users use Bing on their work computers, we see that 44% of all business and finance related paid search clicks occur on the Bing Search Network.

Similarly, in verticals that often require a longer time to research a purchase like automotive (40%), real estate (39%), and travel (37%), users are more likely to eventually search across device and across networks and search on Bing.

Where the Bing search audience is also a little older than the US average, it also performs very well in the healthcare industry, where it attracts 47% of all paid search clicks.

Many people use Bing without knowing it, but Bing’s had 100 consecutive months of market share growth over the past years—and that’s become a poorly kept secret amongst advertisers. Earlier this year, Microsoft announced that 500,000 advertisers serve ads on Bing through Microsoft Adverting. And although half a million advertisers sound like a lot, it’s a fraction of the tens of millions of advertisers that use Google Ads—which means there’s much less competition on the Bing SERP.

That reduced competition means significant perks for those who are using Microsoft Advertising. We’ve benchmarked 1,200+ advertisers on Bing across different industries and noticed that:

Bing’s much bigger than you think and as the secret gets out, advertisers are noticing. If you’re not advertising on Microsoft Advertising, you’re missing a third of the market, often at times when they’re looking to make bigger purchases. If you want to make sure your ads are showing to people regardless of where they’re searching for you—be sure to reach out to our team today!

Mark is the Director of PPC at SearchLab Digital. Previously, Mark worked at WordStream and was named the Most Influential PPC Expert of the Year by both PPC and Microsoft.