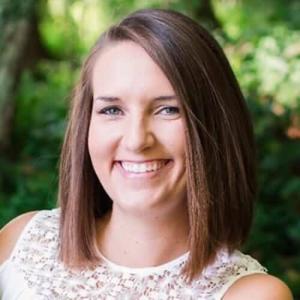 As of January 2022, FLoC is no more! Learn more in our coverage on its replacement, Topics API.

With a focus on a more private browsing experience, Google has announced that it will deprecate third-party cookies. Not long after, it announced the concept of Federated Learning of Cohorts, or FLoC, to create solutions and alternatives for advertisers while maintaining privacy for users. The concept of FLoC isn’t easy to grasp, and it has raised a lot of questions and concerns.

So in this post, I’m going to help you understand what FLoC means for advertisers by answering seven key questions and the goal of this post is to help answer some of those common questions. If you’ve ever wondered what FLoC is, how it will work, or why it was developed, this post is for you. You’re going to learn:

FLoC stands for Federated Learning of Cohorts. Currently, Google plans to roll out FLoC as a means to bridge the gaps in targeting and tracking that advertisers will face from the deprecation of third-party cookies.

First-party cookies track the direct engagements with an organization.

Third-party cookies store data about a consumer’s journey as they surf the web.

This would be like if you left one store and then you walked through the mall to other stores and they kept track of each store that you visited (and maybe even showed up to remind you that you had not completed your transaction at their store).

Many of the most common PPC practices are powered by third-party cookies, such as:

The goal of deprecating these cookies is to keep browsing data with the user. In recent years, the topic of privacy has been at the forefront of tech conversations and, well, lawsuits and legislation.

It is no secret that tech companies have lost some trust from consumers because of the way that data is handled and monetized.

Google’s move toward a cookieless future is with the goal of creating an experience that prioritizes privacy.

4. But isn’t FLoC just another way to track users?

You might be wondering, “So Amy, if the goal is to protect user data, then why is Google introducing a different way to track users?” Great question!

The point is to be able to continue targeting

Google’s goal with the creation of FLoC was to create something that advertisers could use to define targeting options in the absence of third-party cookies.

Because other platforms will inevitably come up with solutions

Of course, with Google owning a huge ad network, it behooves them to provide new solutions to replace those that would be impacted by the deprecation of third-party cookies. However, it would also be undeniable to anticipate that, in the absence of other options, advertisers or advertising platforms would look for ways to create their own tracking systems.

And Google is trying to avoid invasive tracking

I tested my own digital fingerprint and I was found to be unique among other recent testers. Meaning that if this data were being used to fuel an ad network, out of the 200,000+ folks in their pool – my information appeared to be unique.  A little creepy, right?

The goal of FLoC is to circumvent the need for more invasive tracking, such as fingerprinting, while still offering publishers and advertisers a way to monetize and promote themselves respectively.

Instead of allowing various organizations access to user browsing data, the browsing data would be stored in that person’s individual browser.

6. What impact will FLoC have on advertisers?

The impact that FLoC will have on advertisers is not entirely clear yet, but there are some things we know.

Third-party audience creation will go away

In early trials, Google claimed that FLoC performed similarly to existing third-party audiences, such as affinity audiences and in-market audiences.

Google has not yet announced *exactly* what will go away once FLoC is rolled out but it is safe to say that the third-party audiences would be replaced with cohorts.

Currently, there are elements of tracking that also rely on third-party cookies, such as view-through conversions. Google has alluded to tests that they are running in order to improve tracking, which could include conversion modeling, to help bridge tracking gaps.

Targeting options will be limited

It’s also important to keep in mind that FLoC lives in Chrome. In other words, there’s no way for Google to force other browsers to use FLoC and, in fact, pretty much all of the other browsers have already said that they won’t. This means that ad networks that have relied on third-party cookies will possibly be left to marry together data from different browsing sources to try to create targeting options for advertisers.

7. Why is there so much pushback on FLoC?

If you have heard of FLoC, you have probably also heard that it has received quite a bit of backlash.

The main reason is because FLoC has some flaws that pose risks. For example:

The biggest flaw is that there’s nothing currently stopping someone from using the data FLoC combines in conjunction with the more evasive forms of tracking that it aims to circumvent.

For example: fingerprinting is currently acknowledged as one of the most invasive digital tracking mechanisms. Now, imagine if an organization were able to develop a digital fingerprint for a user and then combine it with a cohort provided by FLoC. Now they have that much more information helping them to isolate individuals with data, in a way that could create an experience that was even less private than current standards.

Opportunities for bias and discrimination

Some organizations have raised concerns that this data could not only be too invasive but it could lead to opportunities for bias and discrimination. For example, targeting housing or credit ads toward only specific individuals and purposefully excluding others.

It can bypass Google Ads policies

For those of you out there who are familiar with Google Ads disapprovals, you may be thinking, “Well, they couldn’t do that anyway because that would break policy.” And you’d be right!

The problem is that FLoC lives within Chrome—not Google Ads—meaning it will be fueling targeting options for a host of ad networks, some of which might use the data in unethical ways. As a result, many large players in the tech industry have spoken out about the use of FLoC, including companies such as WordPress who proposed that sites should treat FLoC as a security concern.

7. What should advertisers do to prepare?

Hone in on first-party data

First things first (pun intended), advertisers should focus on building up their first-party data sets. First-party data will be more valuable than ever. Drive email subscriptions, track site engagement, and build audiences. Here are some resources to help you with that:

If you haven’t already placed the Google Ads tag on your site, now would be a good time. The Google Ads tag is the tag that is used to track first-party data. For instance, many advertisers use this tag for conversion tracking and remarketing.

Even if you set up conversion tracking and audiences through an import, such as Google Analytics, Google still recommends placing the universal pixel on your site as well. To set up your tag:

Beyond that, there’s not much that advertisers can do to prepare besides staying abreast of the news and monitoring Google’s announcements and rollout schedules!

Amy is a digital marketing consultant and the founding owner of PPC agency Cultivative Marketing. She has built and implemented multichannel digital strategies for a variety of companies—from start-ups and small businesses to Fortune 500 and global organizations—and spanning several industry verticals. Her expertise includes ecommerce, lead generation, and localized site-to-store strategies. When not working, you can find her speaking at industry events across the US and Europe and talking shop on Twitter @hoffman8.

See other posts by Amy Bishop